On 26 January 2019 it will be 70 years since Australian citizenship was introduced into law, creating for the first time a legal status of being uniquely Australian. During that time Australia has welcomed more than five million new citizens to its shores.

The first Australian citizenship ceremony was held on 3 February 1949. At that ceremony, seven people – representing each Australian state and territory – swore their allegiance to our nation. Although they came from many countries from around the world (Czechoslovakia, Denmark, France, Greece, Norway, Spain and Yugoslavia), they were united in their desire to make an official pledge and commit to becoming a citizen of Australia.

Thousands of people from around the world take up Australian citizenship each year. In doing so, they make a commitment to Australian values; equality of opportunity, mutual respect and tolerance, freedom of speech and religion, and a commitment to democracy and Australian law. And in return, they add to the richness and diversity of the Australian community.

To mark this anniversary, today Australia Post has released a postage pre-paid envelope and postal numismatic cover. Both feature the 70th anniversary of Australian citizenship emblem, which incorporates Australia’s national flower, the Golden Wattle, into the design. The postal numismatic cover contains a special edition commemorative $1 coin produced by The Perth Mint. This coin will also be presented to new Australians at citizenship ceremonies on Australia Day as part of the 70th anniversary celebrations. 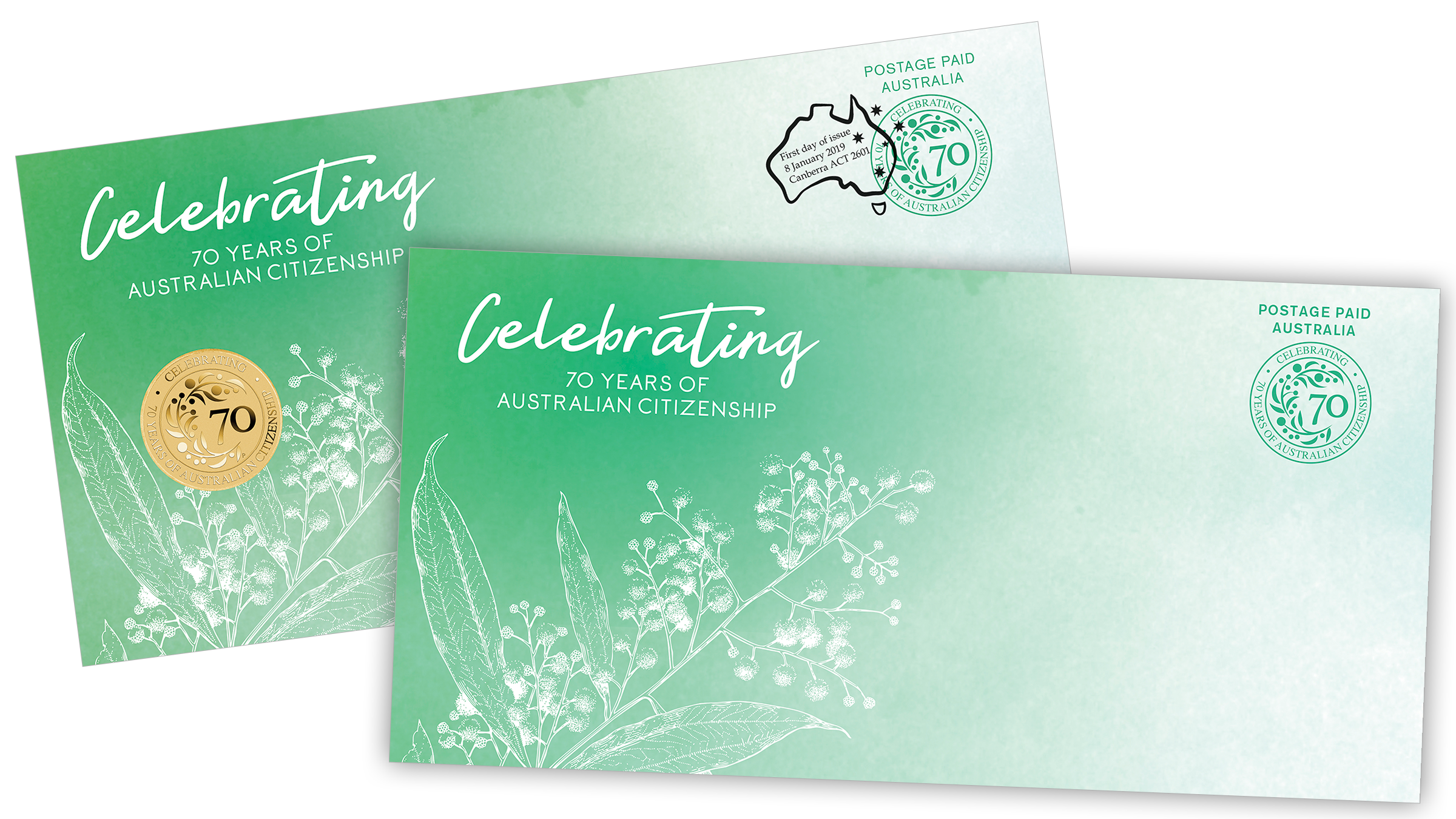 To find out more about the anniversary, visit: www.homeaffairs.gov.au/auscitz70

The Australia Post 70 Years of Australian citizenship postage pre-paid envelope and postal numismatic cover are available now, online, at participating Post Offices and via mail order on 1800 331 794, while stocks last.