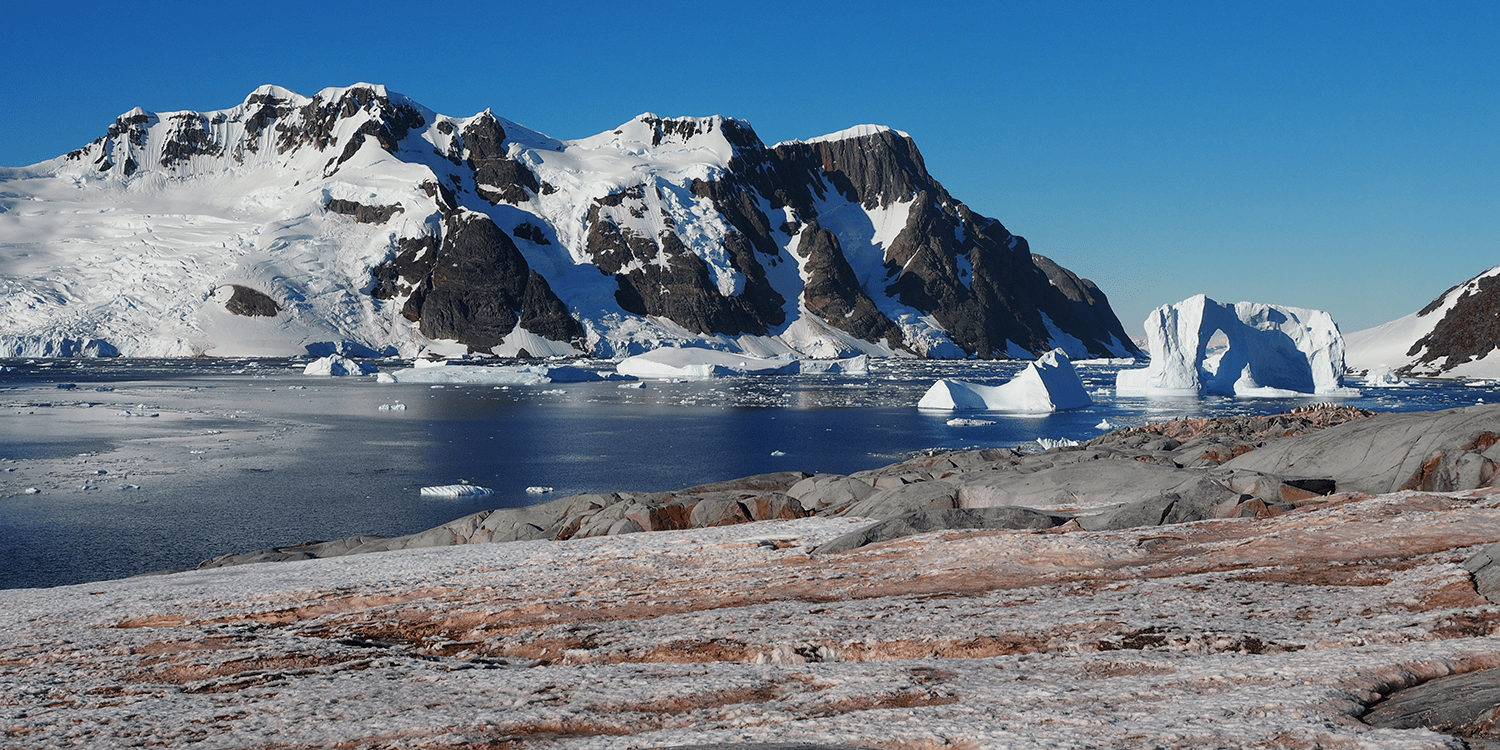 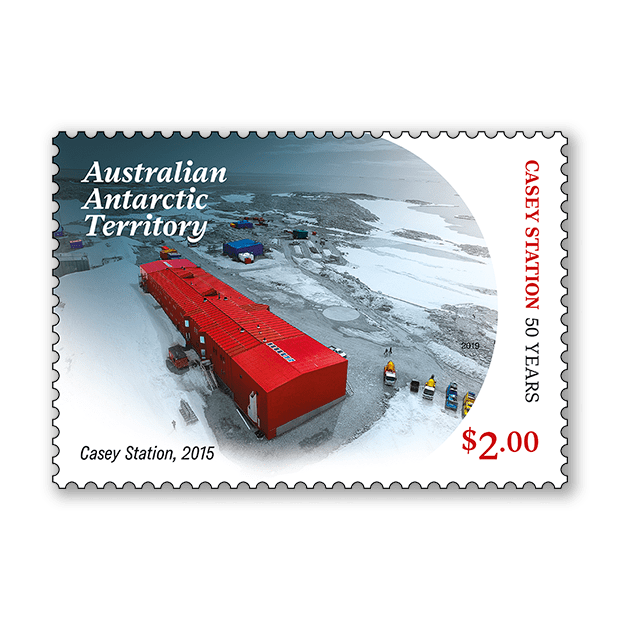 Casey research station is one of Australia’s three permanent research stations in Antarctica. The closest of the continental stations to Australia, Casey is 3,430 kilometres southwest of Hobart and 3,837 kilometres south of Perth. Noted for its blizzard and drift conditions and weather extremes, Casey is situated in an area of low rocky islands and peninsulas on the edge of the Antarctic ice cap.

Casey was officially opened 50 years ago, on 19 February 1969. The station’s initial design had the buildings constructed in a straight line and connected by an aerodynamic corrugated iron tunnel, allowing the flow-through of the region’s frequent violent winds. In December 1988 the present day Casey station was opened. It was built with robust concrete foundations and an external skin of steel-clad polystyrene foam, providing a more modern, comfortable and safe facility.

Scientists based at Casey have contributed to research at Law Dome and Aurora Basin North, the bedrock geology and structure of the East Antarctic ice sheet. The station has also supported marine biologists undertaking experiments on the impact of ocean acidification on polar seafloor communities. In addition, seabird ecologists study Adélie penguins and researchers examine the influence of climate change and human impacts on the fragile Antarctic environment.

The four commemorative stamps are designed by Sally Piskuric and feature photographs provided by the Australian Antarctic Division. The stamp issue presents various aspects of Casey Station, past and present. The Aurora Basin drill site is about 550 km from Australia’s Casey station. Ice cores provide crucial information on past climate and climate processes that’s key to understanding climate and predicting future change. Antarctic ice cores provide information from a region of the planet where we have only short observational records and a need for further insight into the role of Antarctica in the global climate system. Cores were flown back to Casey station in insulated boxes and stored at the station in refrigerators. At the end of the season (December 2013 – January 2014) the cores were transferred to refrigerators onboard the ship, Aurora Australis, for the sea voyage back to Hobart. 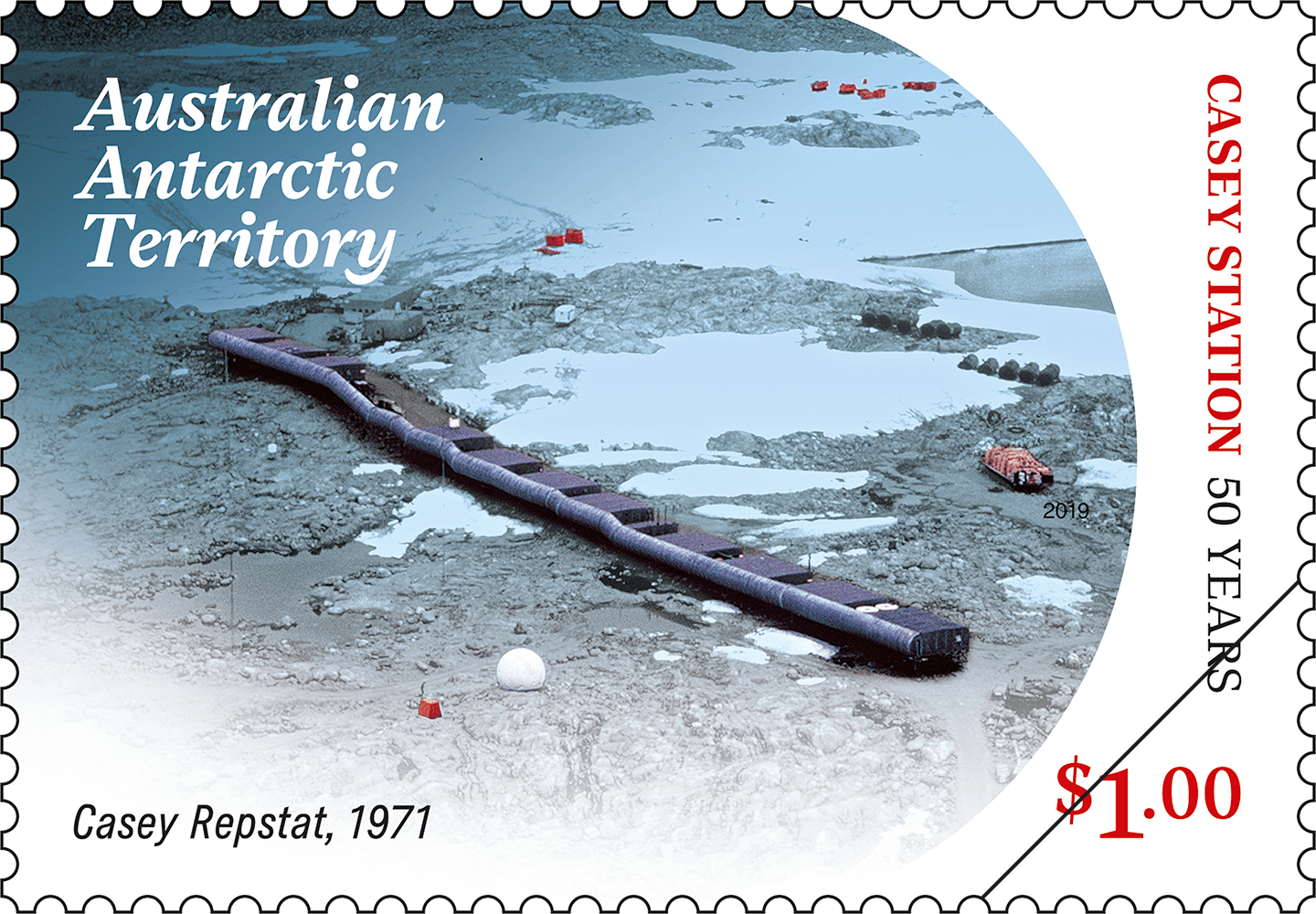 The first version of Casey Station was called Repstat (short for replacement station), as it replaced the abandoned US-built Wilkes Station situated a few kilometres away. Casey Repstat, as shown on the stamp in a photograph by Douglas Peterkin, was built on a raised platform to discourage snow build up, and featured a covered walkway nicknamed “The Tunnel”, linking living and working areas. Casey was named after the then governor-general, Richard Casey, a staunch supporter of Australia’s early Antarctic program.

Aerodynamic studies led to the design of the Casey tunnel’s particular shape. The fact that it’s on stilts above the ground allowed the snow drift to clear away from underneath the building.

The curved edge of the tunnel acted as the passage way linking the various accommodation units. Many expeditioners had a very strong association with the Casey tunnel, and were known collectively as the “tunnel rats”. Although the design worked, materials used to construct the station had limited corrosion resistance. This, together with the fact that it was built close to the sea, caused extensive corrosion limiting the life of this innovative station.

In 1978 work began on the buildings of a new Casey station a kilometre away, which was commissioned in 1988. 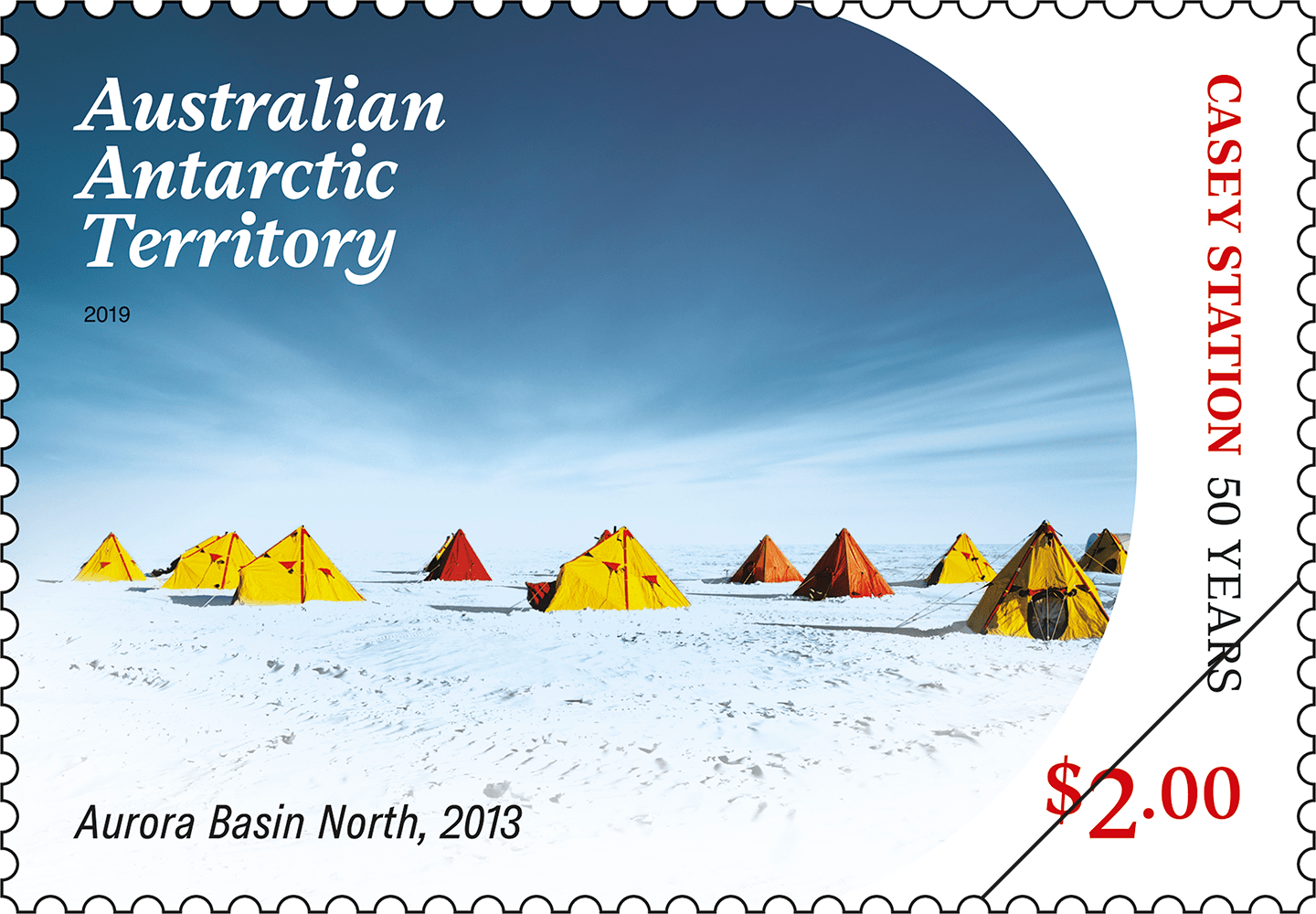 The mean annual temperature at Aurora Basin is about −44°C. However the ice coring team visited in summer, when temperatures ranged between −25° and −30°C on a good day. A warm living space is therefore essential, and a large communal kitchen and living tent formed the heart of the camp. A kerosene stove warmed this tent to about −5°C. Another large tent, the drill tent, protected scientists from blizzard conditions outside, but was not heated. A range of smaller, single person, polar tents were used for sleeping. The campsite accommodated 16 people at a time.

This light camp structure enabled the breakdown and retrieval of the full camp by air at the end of the field season, eliminating the need for a traverse exit. The stamp photograph is by Anthony Fleming. 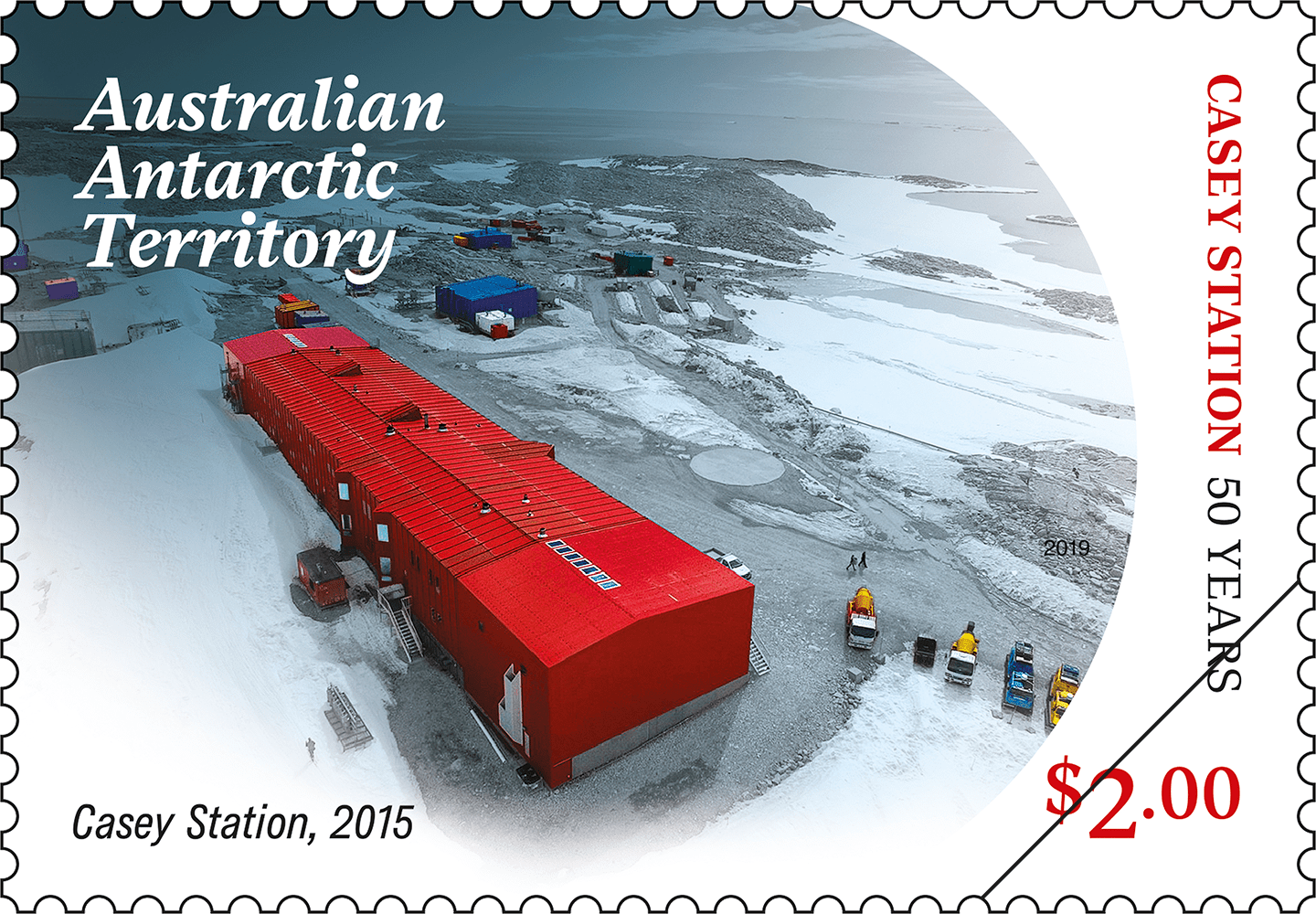 The current Casey Station headquarters (the "Red Shed") was built in the late 1980s as part of the Australian Government's Antarctic Re-building Program. It was prefabricated in Hobart, Tasmania, by Hobart construction firm, Contas Pty Ltd, trial-erected on the wharf at Hobart, then dismantled, packaged and shipped to Antarctica. Erected at Casey by tradespeople employed as workers on the normal summer expedition crews, it incorporates innovative design features to prevent the transfer of heat through the structure. The "Shed", comprising living quarters, was first occupied in 1988 and upgraded in 2018. Other buildings at the station are coloured blue, yellow and green in accordance with other research stations in the Antarctic building program.

During the summer about 150–160 expeditioners visit Casey, including the Wilkins Aerodrome ground crew. About 16 to 20 people remain on station over winter. 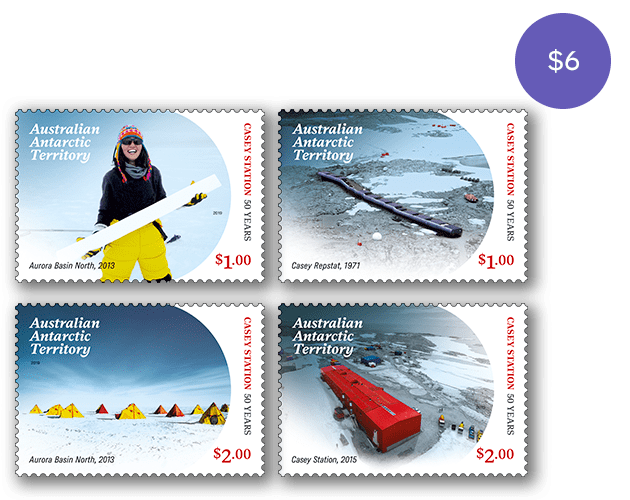 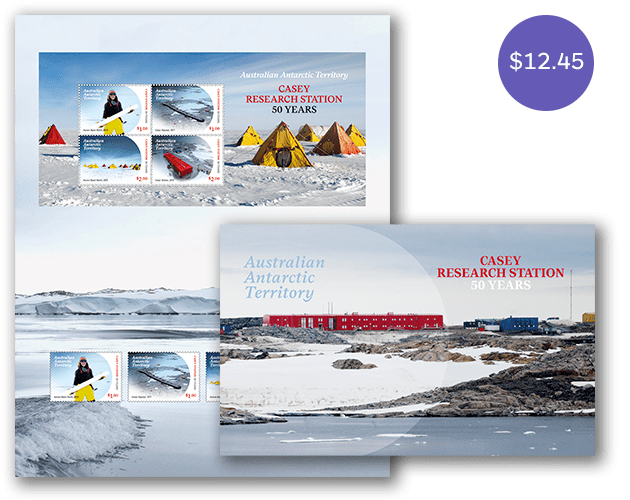 The AAT Casey Research Station: 50 Years minisheet consists of the four stamps from the issue incorporated into a miniature stamp sheet. 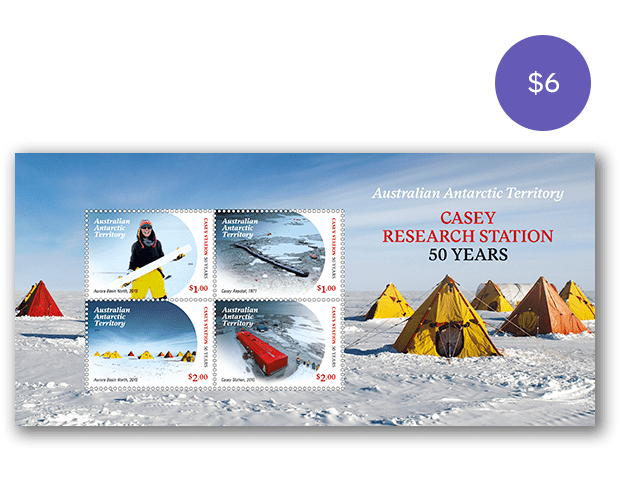 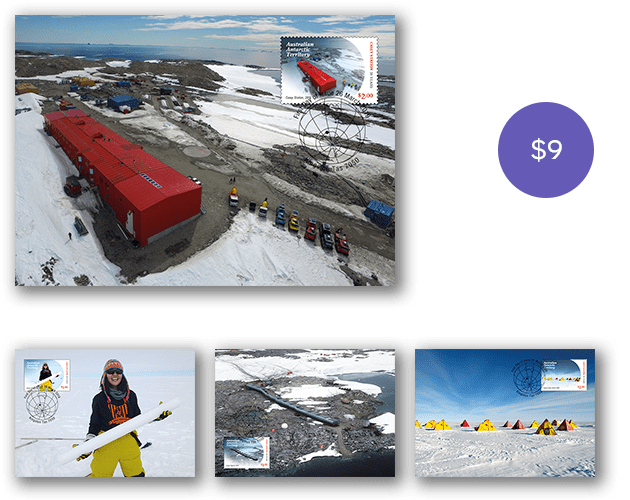