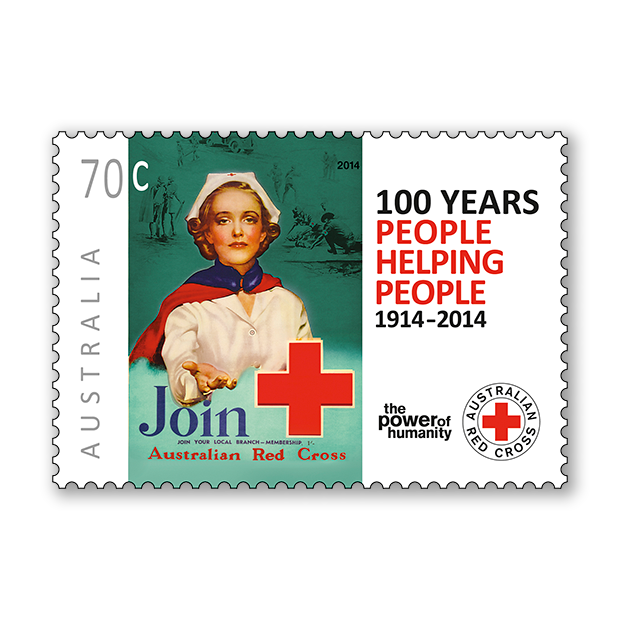 Australian Red Cross, one of the many international Red Cross societies around the world, was established in 1914, nine days after the commencement of World War I. The organisation grew at a rapid rate – by November 1914, New South Wales had 88 city or suburban branches and 249 country branches, all established within the previous four months. The Society was accepted by the community from the beginning. Much of the World War I home front activities such as knitting socks and rolling bandages was done by local Red Cross branches.

The passion and commitment of the volunteers is widely acknowledged as they rise to every natural disaster or personal crisis they have come across and been faced with, from fire to flood or drought. Today there are more than 60,000 trained volunteers and the entire Australian Red Cross program is funded by public donations and corporate partnerships. For the volunteers it is a 24 hours, 7 days a week commitment to help families whose lives have been touched by disaster and tragedy.

The Mission of the Australian Red Cross is as follows: "To be a leading humanitarian organisation in Australia, improving the lives of vulnerable people through services delivered and promotion of humanitarian laws and values."

The Australian Red Cross is part of the International Red Cross and Red Crescent Movement, the largest humanitarian movement in the world. The movement comprises millions of volunteers worldwide and prides itself on being free of government influence and without political, religious or cultural bias.

Information from the Red Cross:

As part of the world’s largest humanitarian movement, Red Cross has helped the most vulnerable people in Australia for 100 years.

With a proud history of neutrality and impartiality, we have been part of the fabric of Australian life - whether it’s our immediate response to natural disasters or our everyday work to support the most vulnerable people in crisis.

As a past, current or next generation supporter, you can help shape this great Australian story of people helping people to mobilise the power of humanity for the next 100 years.

To find out more about the many ways to support Red Cross, visit redcross.org.au/centenary.

The design is based on the official centenary logo of the Australian Red Cross and on an historic poster from World War II.