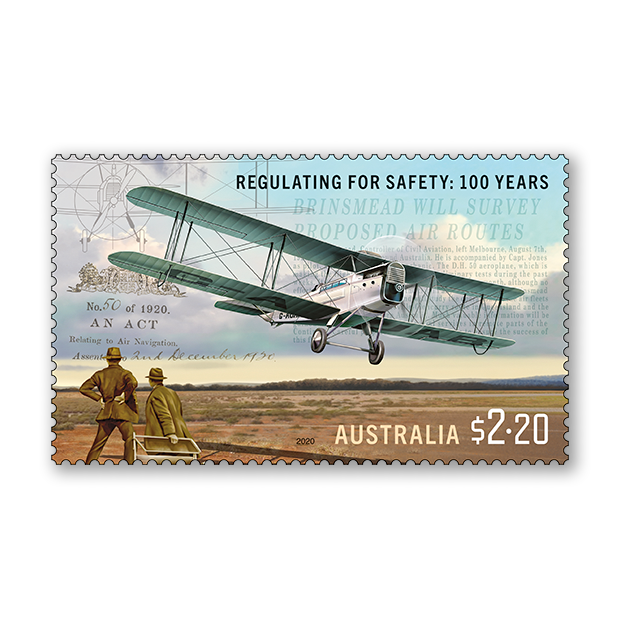 Organisation and regulation of civil aviation in Australia began with the passing of the Air Navigation Act 1920. The Act and its regulations established rules of the air and dealt with matters such as safety, aerodromes, registration of aircraft, inspection and certificates of airworthiness, licensing of personnel, lights and signals, and log books.

When the Air Navigation Act 1920 came into force, the Civil Aviation Branch (CAB) of the Department of Defence began operating. The many achievements of the CAB, under the inaugural Controller of Civil Aviation, Lt Col. HC Brinsmead, included support for flying training, building safe infrastructure, and surveying landing grounds and airmail routes, which assisted early airlines to become viable operations.

Qantas began operating the government-subsidised Charleville to Cloncurry mail route from 1922, which was also its first scheduled passenger service, before going on to become Australia’s major domestic and international airline (and a government-owned carrier between 1947 and 1995). Queensland and Northern Territory Aerial Services Limited formed on 16 November 1920, founded by decorated World War I pilots Hudson Fysh and Paul McGinness, and businessman Fergus McMaster.

While the government structure has evolved over time, since 1995 the Civil Aviation Safety Authority has held responsibility for regulating the safety of civil aircraft operations in Australian territory and for Australian aircraft operating overseas. Other government aviation bodies include the Australian Transport Safety Bureau, which conducts “no blame” investigations of accidents and incidents, and Airservices Australia, the nation’s air traffic services provider.

The stamps and minisheet in this issue form a scene that shows a progression from the early days of civil aviation administration, right up to the present-day, where Australia boasts one of the safest aviation systems in the world.

Learn more about the history and development of Australia’s civil aviation landscape.

In 1921, the Qantas fleet consisted of two biplanes. Now in its centenary year, Qantas is one of the oldest and safest airlines in the world and is Australia’s major national and international carrier. In the centre of the stamp scene is the Qantas Dreamliner aircraft, with special centenary livery, taking off from Sydney Airport.

Australia is known as a world leader in aviation safety, as is Qantas. This emphasis on safety is represented on the stamp by the presence of Sydney Airport’s heritage-listed air traffic control tower in the stamp background. In the broader stamp and minisheet scene is a radar motif as well as two aviation rescue firefighting trucks.

An important aeroplane of the early era of government aviation regulation was a de Havilland D.H.50, registered G-AUAB on the newly created aircraft register. It conducted several important survey flights, including in 1924, when this aircraft was flown on the first round-Australia flight by a landplane. The flight was important because it conducted a survey of aerodromes and aerial routes to link Darwin to Perth and Darwin to Melbourne. Another purpose of the flight was to test the efficiency of the D.H.50 aircraft, which the government wanted used on the airmail routes that it began putting out to tender in 1921.

This stamp design shows G-AUAB approaching to land, in a vast open space, watched on by government officials. The scene represents the important early work carried on by the Civil Aviation Branch to survey flight routes, to build aerodromes and to create rules and regulations for safety. In the background of the stamp is a watermark of the front page of the original Air Navigation Act 1920, as well as text from a newspaper article about Brinsmead's 1924 flight. In the broader minisheet scene, an aircraft inspector is inspecting an aeroplane.

This set of stamps contains the two stamps from the Civil Aviation: 100 Years stamp issue.

The Civil Aviation: 100 Years stamp pack contains the two stamps and minisheet from the stamp issue. 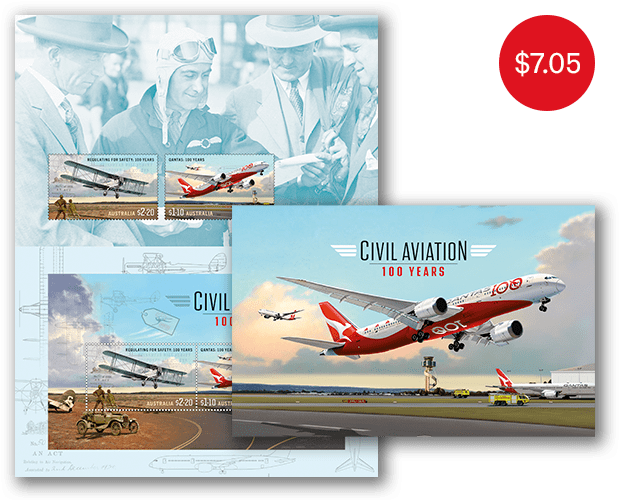 The Civil Aviation: 100 Years minisheet consists of the two stamps from the issue incorporated into a miniature stamp sheet. 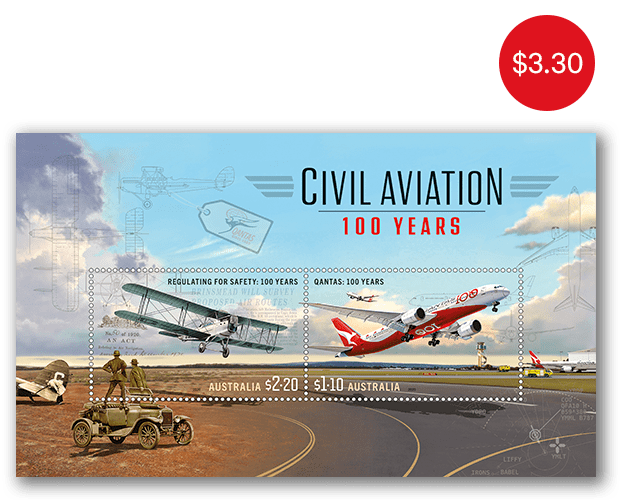 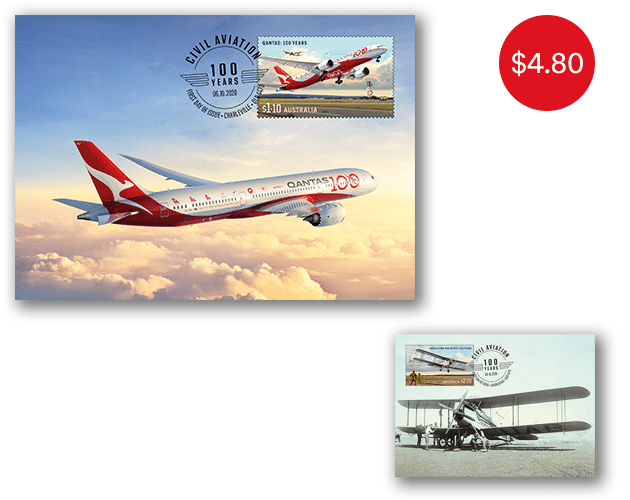