The warm waters around the Cocos (Keeling) Islands are frequented by a great range of marine life, including the Reef Manta Ray (Mobula alfredi). Found in tropical and sub-tropical parts of the Indo-Pacific, this spectacular ray reaches up to five metres in width.

Unique belly markings are used to identify individual rays, and there have been 72 reef manta rays identified around the Cocos (Keeling) Islands, with 12 individuals seen more than once. As the name suggests, this ray is generally seen in reefs close to shore but may venture out to depth to feed on zooplankton, the tiny, microscopic animals found in the water column. The female gives birth to one or sometimes two pups after a gestation period of around 12 months.

The Reef Manta Ray is classified as vulnerable on the IUCN Red List of Threatened Species.

The Reef Manta Ray has triangular pectoral fins, horn-shaped cephalic fins and a large, forward-facing mouth. Pictured in this stamp design is a group of three rays. The stamp photograph is by Karen Willshaw.

The Reef Manta Ray’s ventral surface is generally white, with dark spots and blotches, as pictured in this stamp design. The stamp photograph is by Karen Willshaw.

The colour of the Reef Manta Ray’s dorsal side is dark grey or black with white areas near the top of the head. This stamp design showcases a Reef Manta Ray with dark dorsal colouring. The stamp photograph is by Karen Willshaw.

This stamp design features a Reef Manta Ray with black and white colouring on the dorsal side. The stamp photograph is by Karen Willshaw. 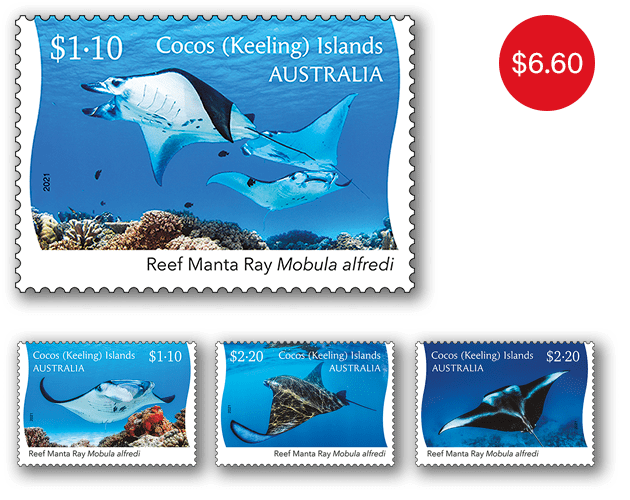 The Cocos (Keeling) Islands: Reef Manta Ray minisheet consists of the four stamps from the issue incorporated into a miniature stamp sheet. 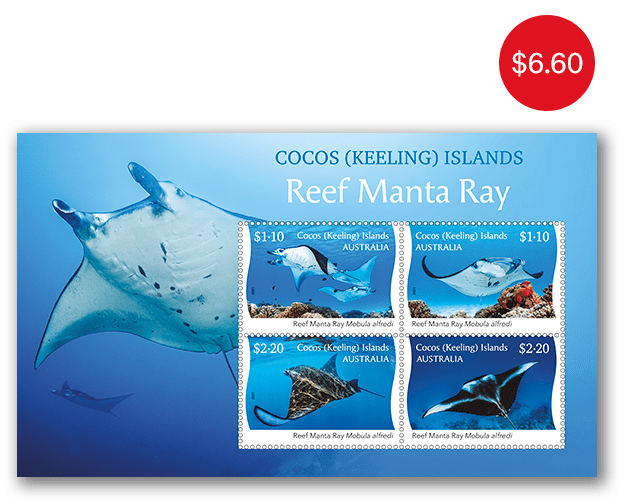 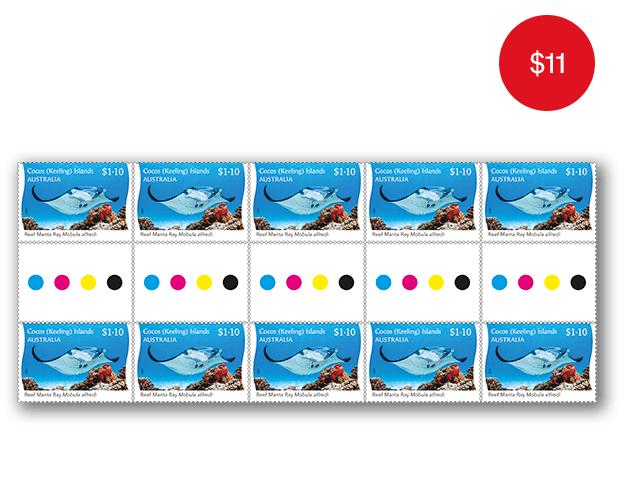