Colours of the AAT 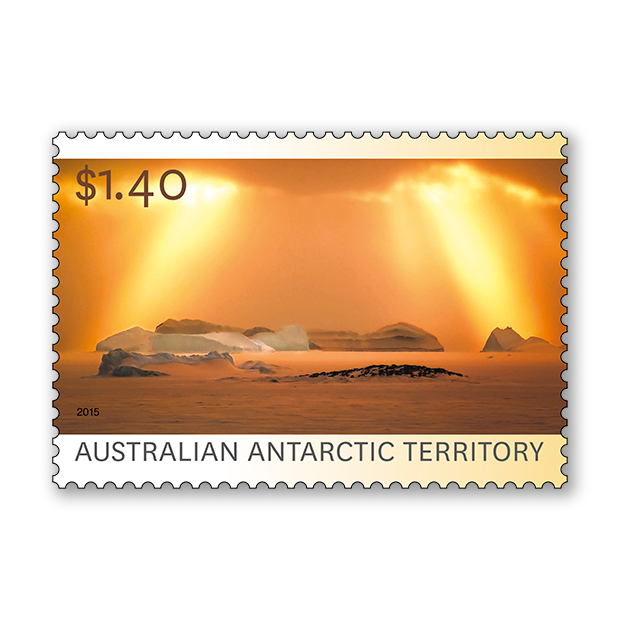 Only two of the world's continents lie entirely within the Southern Hemisphere: Australia and Antarctica. Australia lies quite close to the equator, while Antarctica is situated about the South Geographic Pole.
Antarctica is almost entirely covered by an ice sheet. In extreme weather snow blizzards can cause whiteout, an optical phenomenon in which uniform light conditions effectively make it impossible to distinguish shadows, landmarks or the horizon. This can occur when the snow cover is unbroken and the sky is overcast. Whiteout is a serious hazard as it causes a loss of perspective and direction.

However, some beautiful effects can be observed. In the freezing dry atmosphere of the Australian Antarctic Territory frozen water vapour remains in the air as suspended ice crystals. The reflection of light on these crystals creates some spectacular atmospheric effects such as solar pillars, sun dogs and solar halos. These beautiful stamps demonstrate some of the amazing colours that can be observed in the Australian Antarctic Territory.