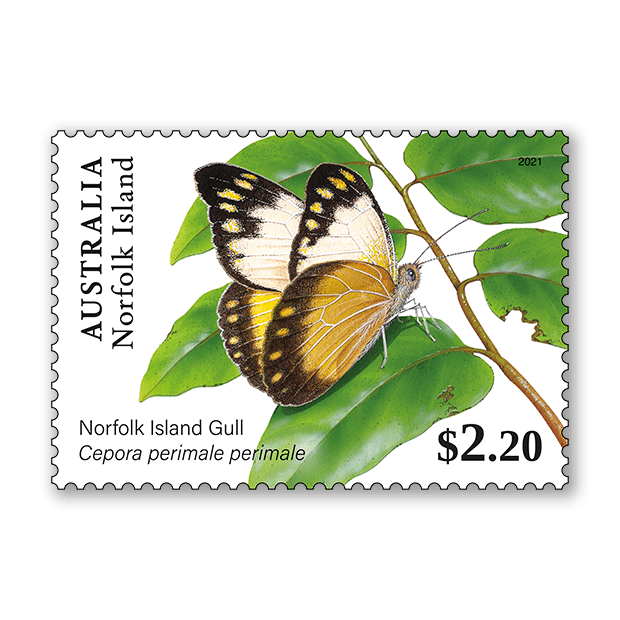 Norfolk Island lies around 1,600 kilometres north-east of Sydney, in the South Pacific Ocean. Besides the main island, the Norfolk group comprises the uninhabited Phillip and Nepean Islands, as well as numerous small rocky islets.

Like many geographically remote islands, this group is home to a wealth of endemic fauna and flora, including around 145 species of invertebrate fauna not found on mainland Australia. Some 17 butterfly species have been observed on Norfolk Island, two of which have not been seen for more than a century. Of the 15 species, only two are endemic to Norfolk, both subspecies that descend from New Caledonian species: the Norfolk Swallowtail (Papilio amynthor amphiaraus) and Norfolk Island Gull (Cepora perimale perimale), both of which are featured in this issue, which has been illustrated by wildlife artist Kevin Stead.

Papilio amynthor amphiaraus, or the Norfolk Swallowtail, belongs to the family Papilionidae (swallowtail butterflies). It is fairly common on the island, inhabiting rainforest and suburban areas. The larvae feed on the leaves of Yellow Wood (Zanthoxylum pinnatum) and the introduced Lemon (Citrus limon).

With a wingspan is 85–90 millimetres, the adult male has a broad white or cream transverse band on the upper side of its blackish fore wing, which also has a series of marginal dots, and an irregular yellow-cream patch on its hind wing; it has two or three red spots near the “tail” of its hind wing, as the male in the stamp illustrates. The female is similar to the male, although the yellow is a little more extensive and the black-brown a little lighter.

Cepora perimale perimale, or the Norfolk Island Gull, is the Norfolk subspecies of C. perimale, belonging to the family Pieridae. While the subspecies is endemic to Norfolk Island, the species is found in Australia, Fiji, Irian Jaya, Maluku, Sulawesi, New Caledonia, Papua New Guinea, the Solomon Islands and Vanuatu. Its host plant is Capparis nobilis, commonly known as Devil’s Guts.

With a wingspan of around 40 millimetres, the adult male’s fore wings are mainly creamy white, with a fine black front margin and wider and more irregular black outer border containing creamy spots; the hind wings are creamy with a fine black border. The bases of both wings are suffused with grey. The band on the female’s fore wings is dark brown rather than black, with yellowish spots. Her hind wings are yellowish, as shown in the stamp, with a broad brown marginal band with yellowish spots.

This set of stamps contains the two stamps from the Norfolk Island Butterflies stamp issue. 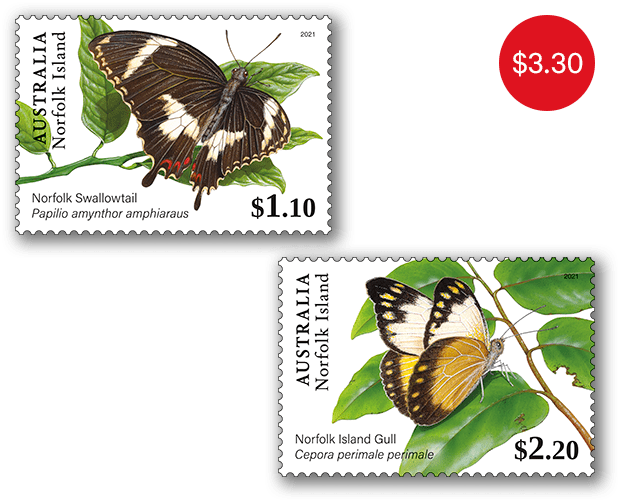 The Norfolk Island Butterflies minisheet consists of the two stamps from the issue incorporated into a miniature stamp sheet. 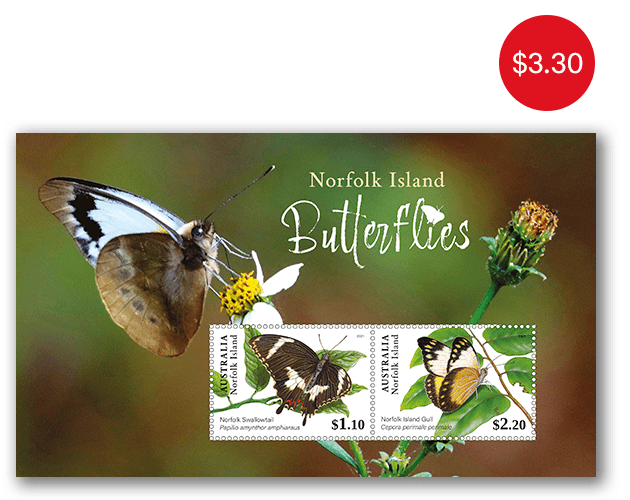 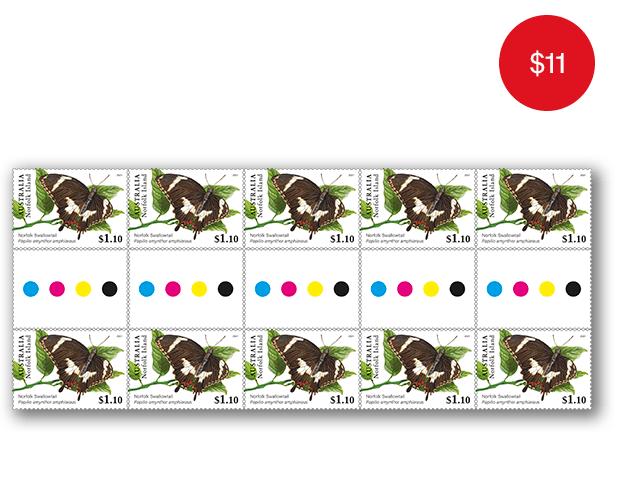 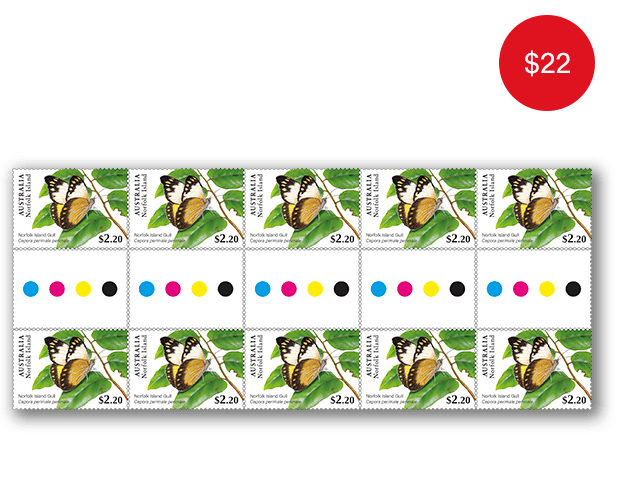