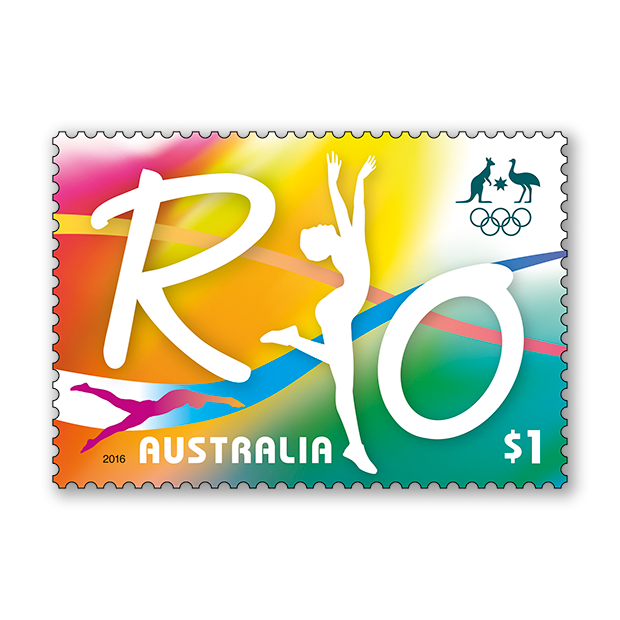 Between 5 and 21 August 2016, Rio de Janeiro, the carnival city of Brazil, will host the Games of the XXXI Olympiad. This will be the first time a South American city has played host to the Games in the 120-year history of the modern Olympic era. It is also the first time since the Sydney 2000 Games that Olympians will converge on a Southern Hemisphere host city.

Australia will send a team of around 410 elite athletes to compete in 25 sports that have a place on this year’s Olympic calendar. They will be supported by a team of 350.

The Road to Rio stamp issue, released on 2 August 2016, conveys a sense of energy and excitement. The vivid colours, rippling ribbons and athletic figures reflect the vibrant carnival spirit for which Rio is famous.

The Road to Rio stamp issue is available online from 2 August 2016, at participating Post Offices and via mail order on 1800 331 794, while stocks last.