The Dogs that Saved Macquarie Island 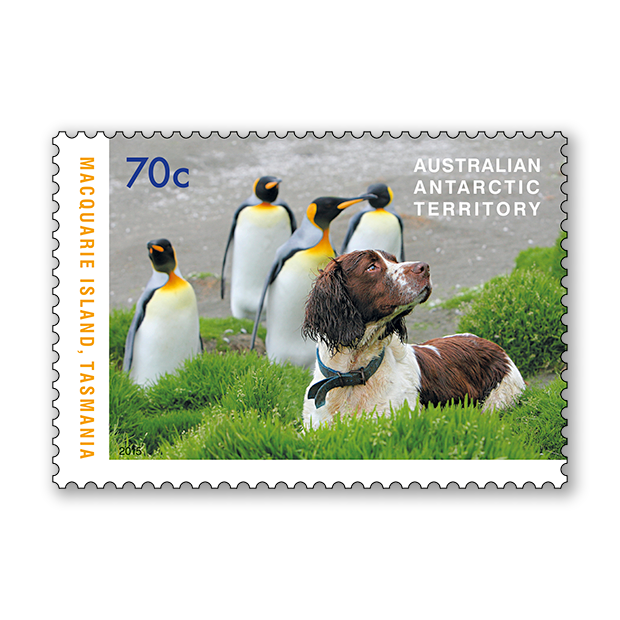 The World Heritage-listed Macquarie Island has significant biodiversity and is one of the few breeding locations for fauna in the Southern Ocean sector of the Pacific. But introduced non-native species have impacted seriously on its natural flora and fauna. In an effort to address this, Macquarie has been the focus of two intensive pest eradication program in recent years: the first, to rid the island of cats, and more recently, to rid it of rabbits, ship rats and mice.

Dogs have played a vital role in these campaigns. In December 2002, two dogs and several handlers ensured that all cats had been eradicated from the island, after scouring it for any last sign. Similarly, after an aerial baiting program in 2011, 12 rabbit detector dogs, including springer spaniels, labradors and one terrier-cross, covered more than 90,000 kilometres in their search for any sign of surviving rabbits.

The sub-Antarctic Macquarie Island is a harsh environment for both humans and their canine companions. The dogs were highly trained to ensure they would not be distracted by native animals, such as penguins or seals. They were chosen for their tolerance to the cold, wet climate and for their superior work ethic. Three rodent detection dogs (terriers) and their two handlers joined the search in 2013, and in 2014 the eradication program was declared a success.

The World Heritage-listed Macquarie Island has thus entered a bright new era, free of the devastating impacts of pests for the first time in more than 100 years.

Simone Sakinofsky became a member of the Australia Post Design Studio in late 2005. Her stamp issue and product designs include Australian Legends of the Written Word (2010), Medical Doctors: A Lasting Legacy (2012), Underwater World (2012) and Australian Zoos (2012), the Royal Visit (2014) and Open Gardens Australia (2014).