In 2021, Her Majesty Queen Elizabeth II celebrated her 95th birthday. Monarch of the United Kingdom and 15 other Commonwealth realms, Her Majesty was born on 21 April 1926 at the home of her maternal grandparents in Mayfair, London. She acceded to the throne on 6 February 1952 and is now both the longest living and longest reigning monarch in British history.

In Australia, the Queen’s Birthday is marked with an annual public holiday on the second Monday in June, in most states and territories. In Queensland and Western Australia, however, the monarch’s birthday is celebrated later in the year. In 2021, Western Australia will mark the occasion on Monday 27 September, and Queensland on Monday 4 October. This issue coincides with these celebrations.

This year’s international post stamp features a 2020 portrait of the Queen with her heirs: Charles, Prince of Wales; Prince William, Duke of Cambridge; and Prince George of Cambridge. The stamp photograph is by Ranald Mackechnie (via Camera Press).

This set of stamps contains the two stamps from The Queen’s 95th Birthday stamp issue. 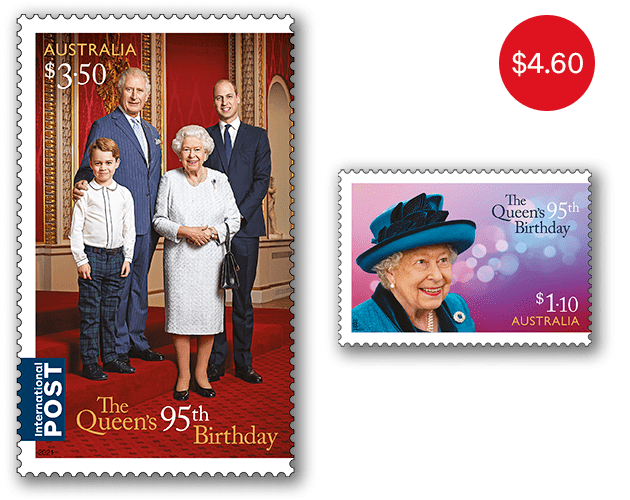 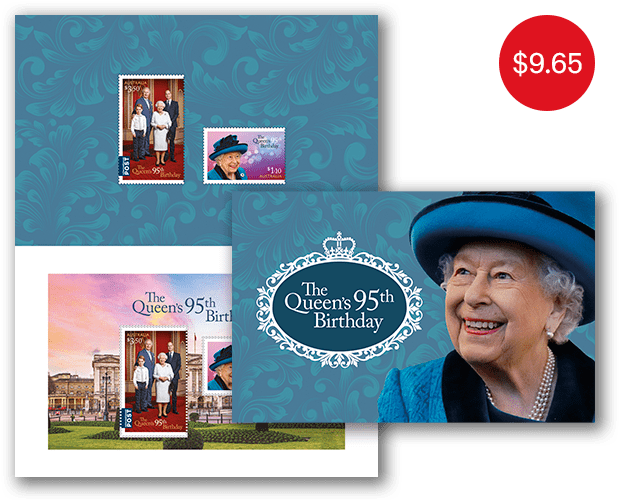 The Queen’s 95th Birthday minisheet consists of the two stamps from the issue incorporated into a miniature stamp sheet. 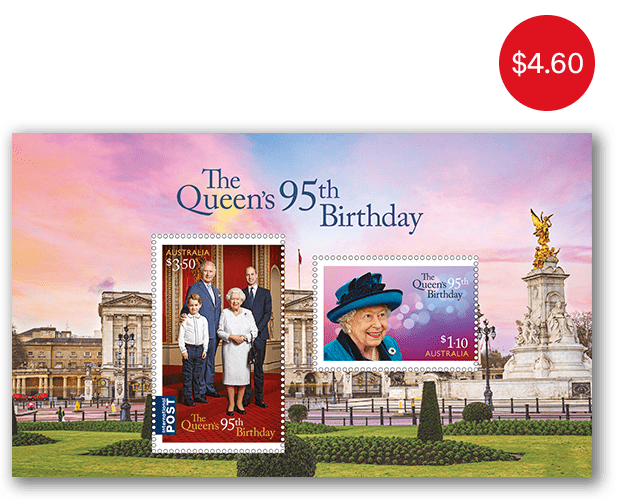 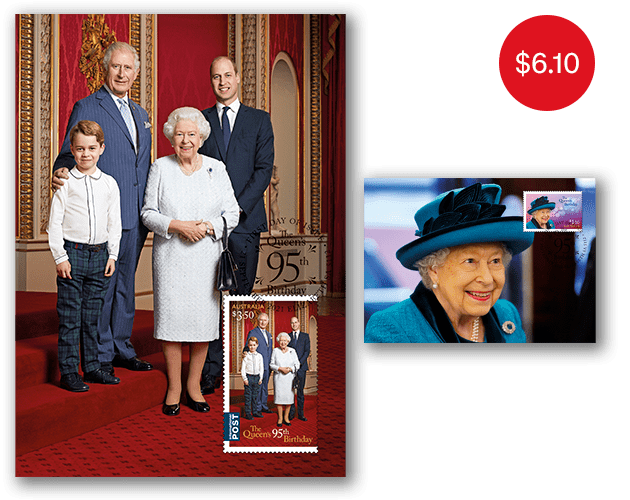