The many thousands of Australians who avidly follow various sport codes rely on the insights of experienced sporting commentators to inform and entertain through television, radio, print and digital media. The six acclaimed and much-loved communicators featured in this stamp issue were household names in their respective sports.

Cricket great Richie Benaud OBE (1930–2015) was a Test cricket all-rounder and Australia’s Test captain, before retiring in 1964 to become a celebrated cricket journalist and commentator in Britain and Australia.

Reg Gasnier AM (1939–2014) was one of the country’s most applauded rugby league footballers, playing for St George Dragons and captaining the National Team. After injury forced his retirement in 1967, he embarked on a media career as writer and broadcaster.

Hungarian-born Les Murray AM (1945–2017) was our best-known football (soccer) communicator and largely responsible for elevating the status of the game in this country. “Mr Football” was long associated with SBS (Special Broadcasting Service), hosting “The World Game” among other programs.

Lou Richards MBE (1923–2017), Jack Dyer OAM (1913–2003) and Bob Davis (1928–2011) were all noted VFL (Victorian Football League) players with Collingwood, Richmond and Geelong respectively. They became popular, entertaining commentators of the sport, perhaps most memorably on television as the “Three Wise Monkeys” on Channel 7’s “League Teams” in the 1960s to 1980s.

Set of Word of Sport stamps

This set of stamps contains all four stamps from the Word of Sport stamp issue. 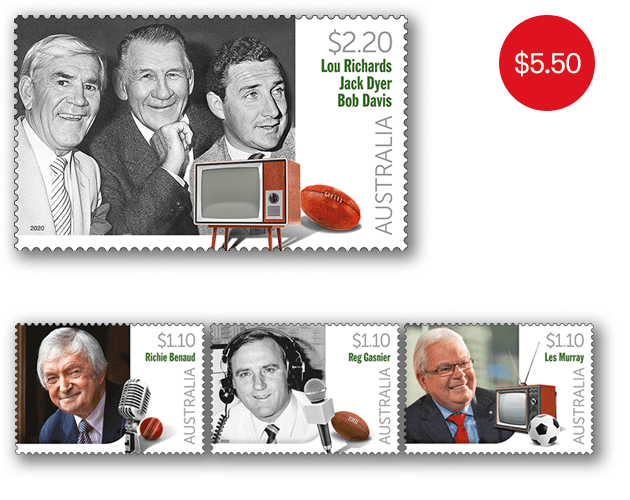 The Word of Sport stamp pack contains all four stamps from the stamp issue. 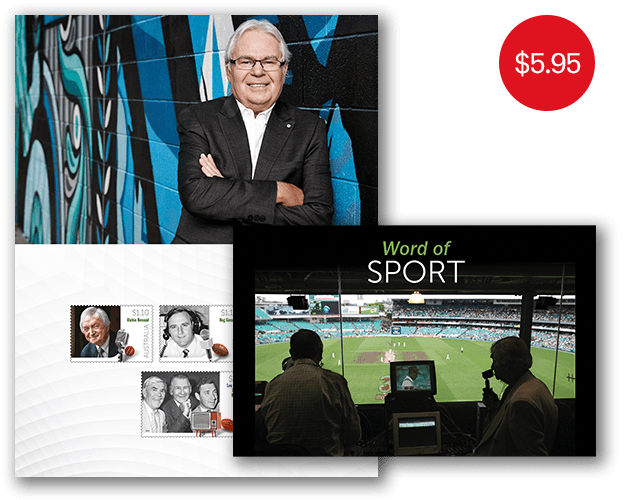 Set of Word of Sport maxicards

This maxicard set contains the four maxicards from the Word of Sport stamp issue. 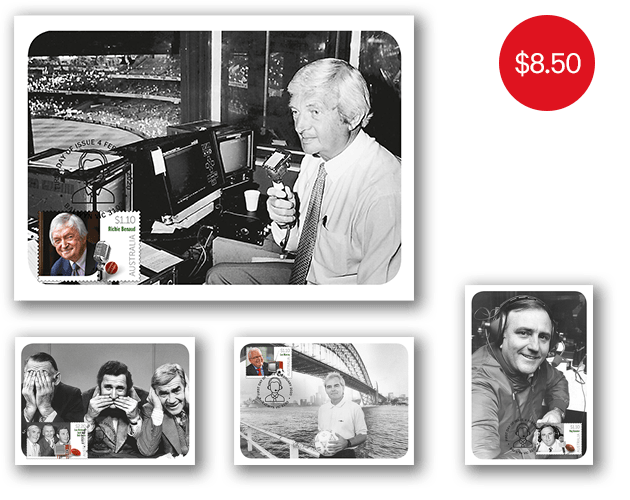 The gutter strip consists of 10 x $1.10 Richie Benaud stamps from the Word of Sport stamp issue. 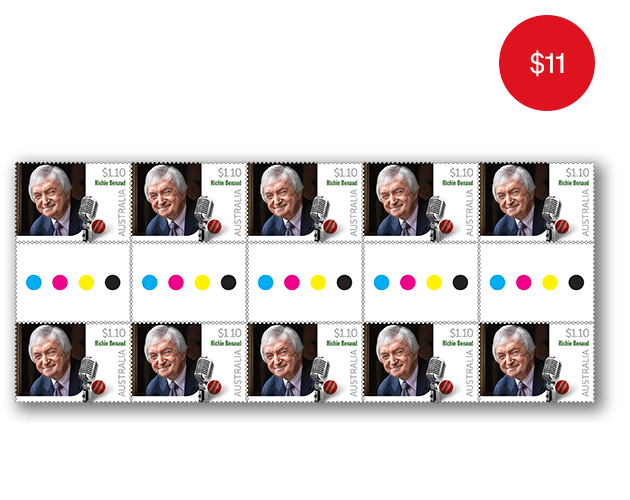