Centenary Of Military Aviation And Submarines 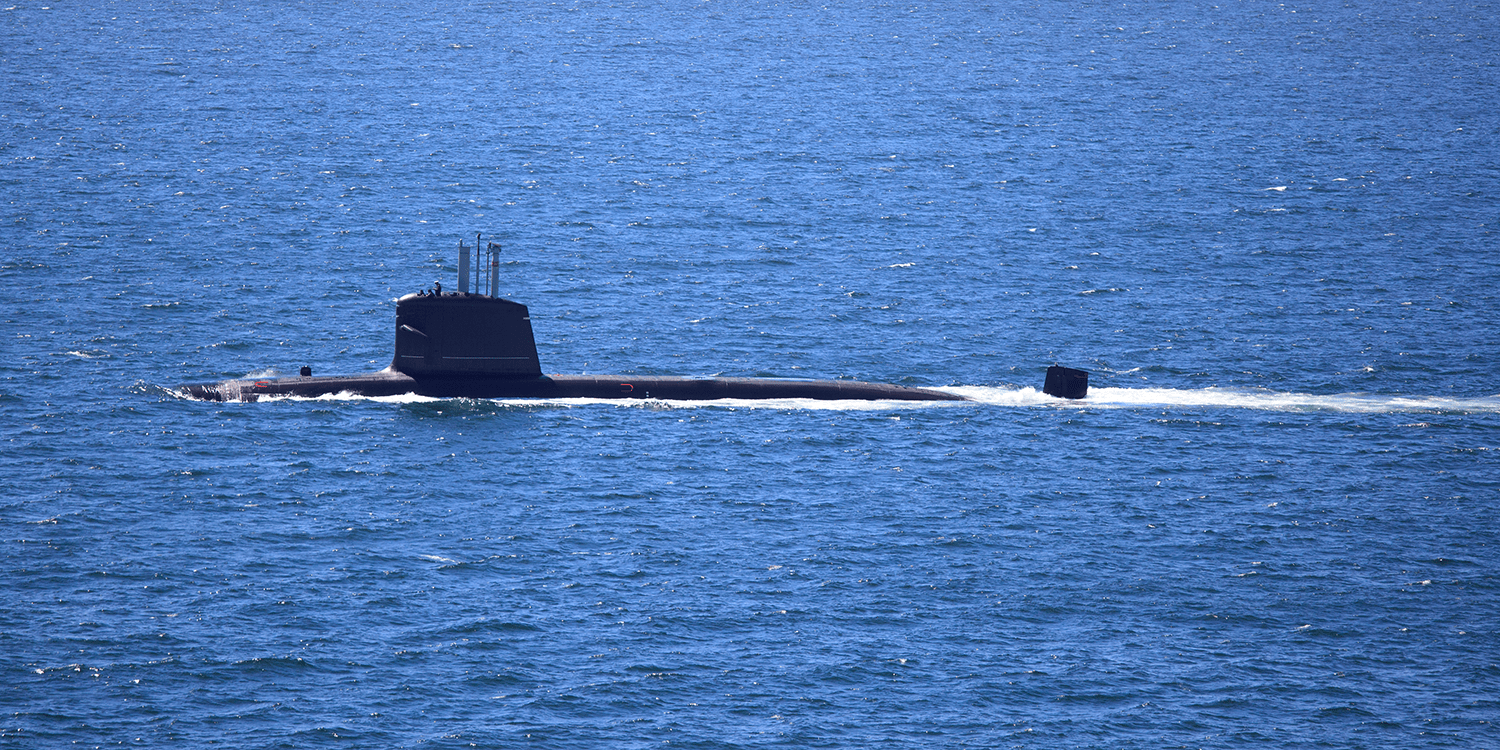 Australia’s first submarines, British-built E-class vessels known as AE1 and AE2, were commissioned into the Royal Australian Navy in February 1914 and arrived in Sydney on 24 May. During World War I both submarines took part in the occupation of Rabaul in German New Guinea.

On 14 September 1914 AE1 disappeared off the coast of Cape Gazelle, New Britain, tragically with all hands on board. AE2 subsequently supported British-led operations off the Gallipoli peninsula in Turkey and on 25 April 1915 was the first British submarine to penetrate the Dardanelles.

On 30 April AE2 was damaged by a Turkish gunboat in the Sea of Marmara, and scuttled by her crew, all of whom were captured. AE2 was the only RAN vessel lost to enemy action during World War I. 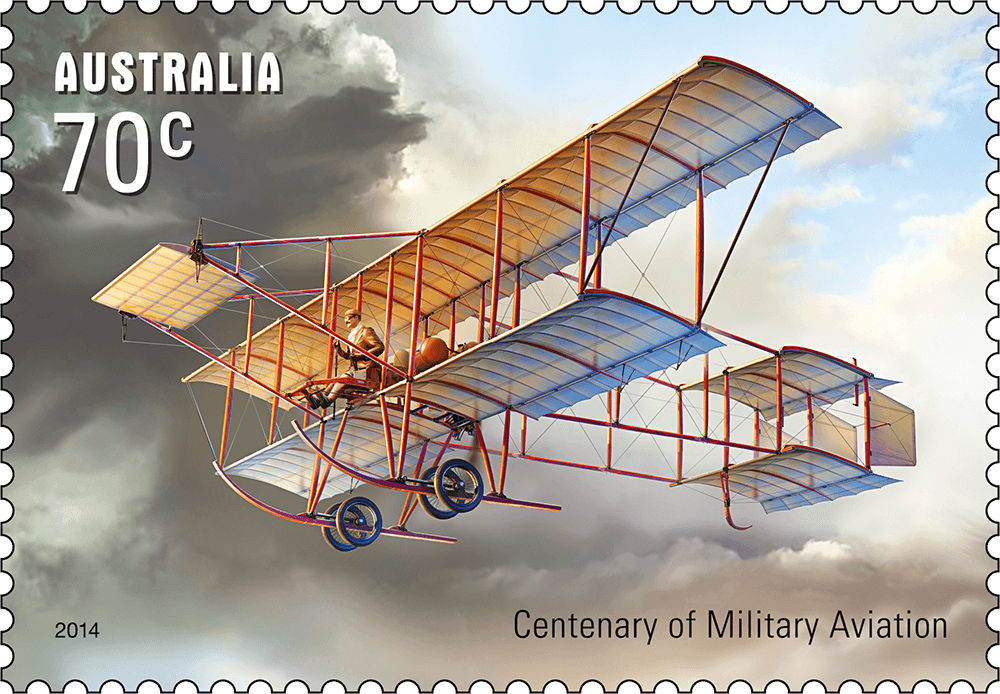 On the morning of 1 March 1914, Lieutenant Eric Harrison, an aviator instructor, took Bristol Military Biplane number CFS-3 into the air at the newly acquired Army flying field at Point Cook, Victoria. This was then the home of the Central Flying School (CFS). That historic flight is now recognised as the starting point of all military flying in Australia.

In January 1911, the Australian Military Board first considered aviation, with a cable sent to the War Office in Britain for advice. In June of 1911, the High Commissioner was authorised to select two aviators and five flying machines. Two men were chosen – Henry Petre and Eric Harrison. Five aircraft – two BE2a biplanes, two Deperdussin monoplanes and one Bristol Boxkite – were selected and they cost 3,528 Pounds Stirling.

The aircraft were temporarily stored at the Victoria Barracks in Melbourne before transfer to Point Cook in February 1914. But most of the fabric was mildewed and the engines rusted due to faulty packing. With good work by the mechanics at Point Cook, the aircraft were made airworthy, and military flying in Australia was off the ground.

Sometime later, a second Bristol Military Boxkite, CFS-8, was built at Point Cook, and became the first military aircraft made in Australia, flying for the first time on 10 August 1915.

In 1914 Australia's only military aviation base, the Central Flying School, newly established at Point Cook, was equipped with two flying instructors and five flimsy training aircraft. From this modest beginning Australia became the only British dominion to set up a flying corps for service during the First World War. Known as the Australian Flying Corps (AFC) and organised as a corps of the Australian Imperial Force (AIF), its four-line squadrons usually served separately under the orders of Britain's Royal Flying Corps. The AFC's first complete flying unit, No. 1 Squadron, left Australia for the Middle East in March 1916. By late 1917 three more squadrons, Nos 2, 3, and 4, had been formed to fight in France. A further four training squadrons based in England formed an Australian Training Wing to provide pilots for the Western Front. 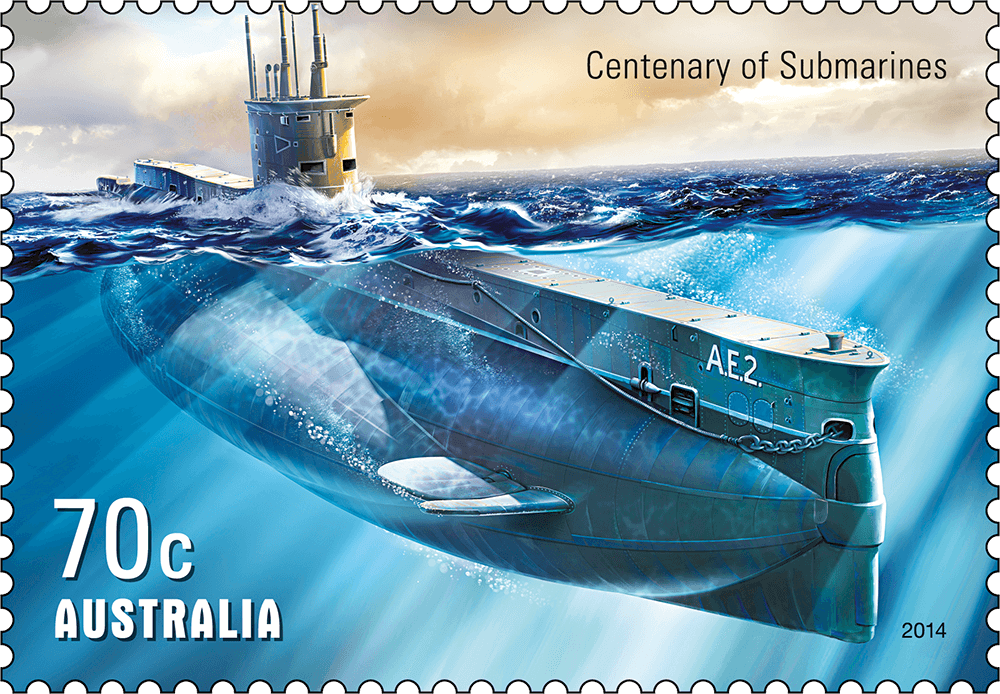 The first Australian submarines, British E-class submarines known as AE1 and AE2, were commissioned in the UK by the government of Alfred Deakin.

The submarines were built in Britain and arrived in Australia in 1914. AE1 and AE2 were laid down by Vickers Armstrong at Barrow-in-Furness, England on 14 November 1911, launched on 22 May 1913 and commissioned into the RAN on 28 February 1914. After commissioning, AE1, accompanied by her sister ship AE2, the other of the Royal Australian Navy's first two submarines, reached Sydney from England on 24 May 1914. At the time, this was the longest journey ever taken by a submarine. Both submarines were manned by Royal Navy (RN) officers with a mixed crew of sailors drawn from the RN and RAN.

Following the outbreak of World War I, both boats took part in the occupation of Rabaul in German New Guinea in September 1914. During this operation, AE1 disappeared on 14 September off Cape Gazelle, New Britain with all hands on board. It is probable that she was wrecked on a reef during a practice dive although she is yet to be found.

AE2 remained in the South Pacific until December 1914, when she was ordered to the Mediterranean to support the British-led operations off the Gallipoli peninsula in Turkey. AE2 was the first British submarine to penetrate the Dardanelles, achieving this task on 25 April 1915. AE2 operated in the Sea of Marmora for five days and made four unsuccessful attacks on Turkish ships before being damaged by a Turkish gunboat and scuttled by her crew, all of whom were captured, on 30 April. These attacks are the only occasions an Australian submarine has fired in anger. AE2 was the only RAN vessel lost to enemy action during World War I. The wreck was found in 1998 and there have been plans to refloat and preserve the submarine.