Centenary of the Walter and Eliza Hall Institute of Medical Research 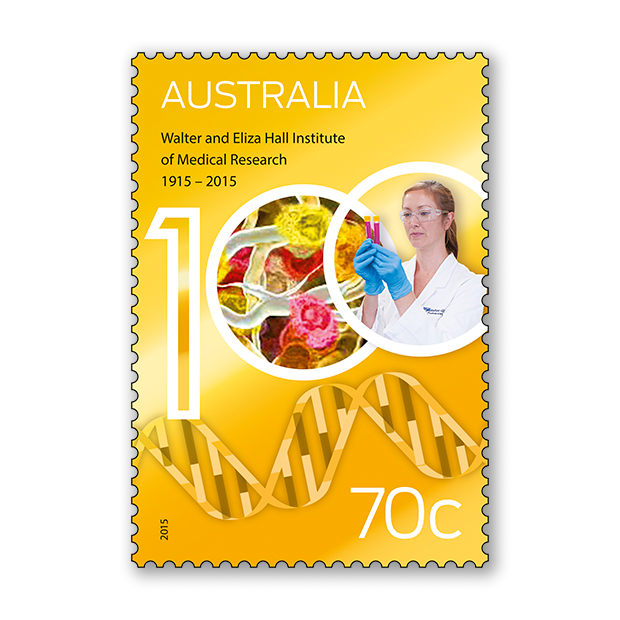 The Walter and Eliza Hall Institute of Medical Research is Australia’s oldest medical research institute, celebrating 100 years of discoveries for humanity in 2015.

From modest beginnings at the former Melbourne Hospital on Lonsdale Street, the institute has become an icon of Australian medical research. Scientific leaders including Nobel laureate Sir Macfarlane Burnet, Sir Gustav Nossal and Professor Donald Metcalf have contributed to the institute’s reputation as a place that embodies excellence in medical research.

The Walter and Eliza Hall Institute is a charity that focuses on understanding, preventing and treating cancers, immune disorders and infectious diseases. Institute researchers have made contributions that include developing snake antivenoms, pioneering the method for growing flu vaccines, and treating autoimmune diseases with drugs that suppress the body’s immune system.

The institute’s most significant achievement to date has been the discovery of blood hormones that boost infection-fighting white blood cell numbers after chemotherapy. This discovery has already benefitted more than 20 million cancer patients.

The Walter and Eliza Hall Institute of Medical Research is an icon of Australian innovation, knowledge and service to the community and its centenary is an achievement all Australians can celebrate. The design highlights current research at WEHI. On the right is represented Dr Tracy Putoczki. Dr Putoczki is interested in understanding how molecules called cytokines influence the cells that promote the growth and spread of cancers of the stomach, bowel and pancreas.

On the left is shown B cells (coloured) crawling within the fibrous network of a lymph node. B cells are a type of white blood cell that produces antibodies.

The spiral shape below represents the “double helix” of DNA (deoxyribose nucleic acid), a long molecule in the nucleus of cells that carries the genetic codes for the construction and operation of all living organisms.