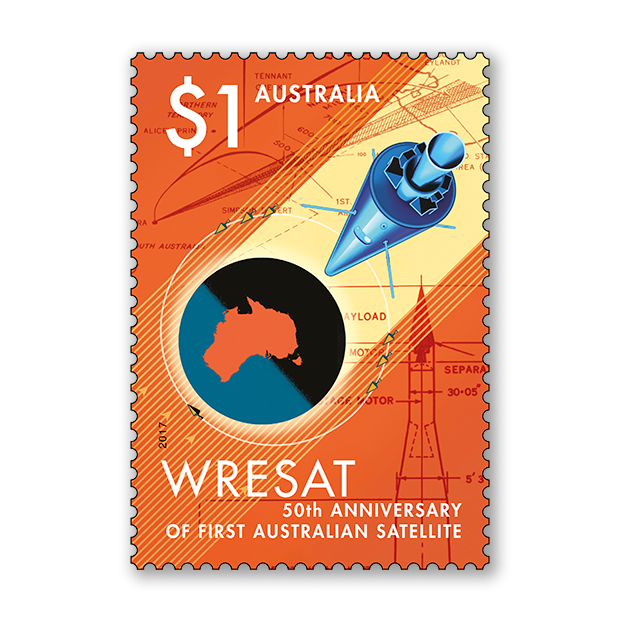 Fifty years ago, on 29 November 1967, Australia launched its first satellite, WRESAT (Weapons Research Establishment Satellite), from the Woomera Rocket Range in South Australia. The satellite was designed, constructed and launched in just 11 months in a collaboration between the Weapons Research Establishment Salisbury (now Defence Science and Technology Group Edinburgh) and the University of Adelaide. The WRESAT project was made possible by the donation of a launch vehicle by an American-led research project being conducted at Woomera as well as their offer to assist in the launch.

Conical in shape, WRESAT and its motor weighed 72.6 kilograms. During its five-day orbit, it gathered a large amount of data on upper-atmospheric conditions. At the time, Australia was one of only a handful of countries to have successfully launched a satellite.

Illustrator and designer Nigel Buchanan has used a “retro” style and colour scheme to set the scene. The design depicts the conically shaped satellite orbiting the Earth and the launch rocket, and is based on some original drawings and diagrams relating to the WRESAT launch.