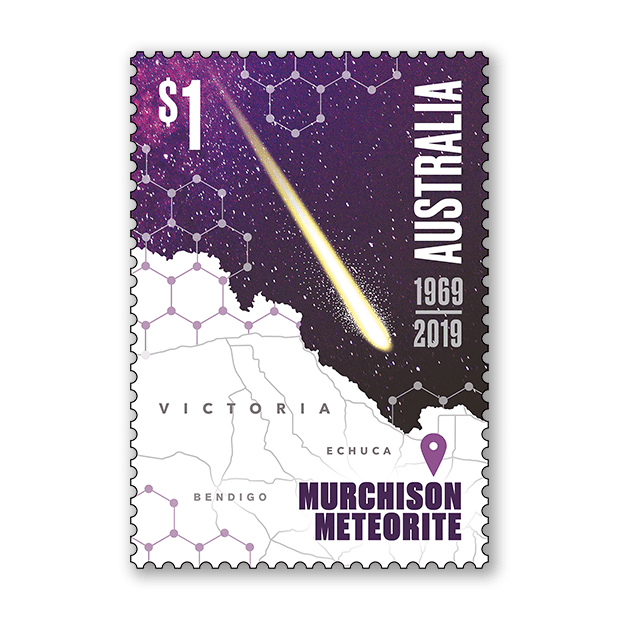 The Murchison meteorite belongs to a rare class of meteorite called a carbonaceous chondrite. These meteorites retain chemical properties from their time of formation some 4.56 billion years ago. Murchison contains an abundance of organic compounds including over 90 amino acids, the building blocks of our DNA, many of which are not found on Earth. The meteorite is also a rich source of pre-solar mineral grains, which formed in star systems and exploding star supernovae events from billions of years before our Sun and solar system formed. Understanding the composition of these grains helped to determine how the various elements of the Periodic Table have formed within stars.

About 80 kilograms from the Murchison meteorite are held in scientific collections in Australia and throughout the world, with significant collections at Museums Victoria in Melbourne. Due to its rarity and the amount of material recovered, Murchison is one of the most extensively studied meteorites.

We spoke to Dermot Henry, from Museums Victoria, and Kay Ball, President of the Murchison and District Historical Society, about the significance of the meteorite and its landing.

The stamp design, by Tim Hancock of Backpack Creative, shows the meteorite in flight, headed towards Murchison, Australia.

The hexagonal shapes represent the amino acids found in the meteorite. It is generally accepted that the amino acids and other organic compounds in Murchison have formed through non-biological processes. They do, however, indicate that the carbon building blocks of life may be readily abundant in space. It has been hypothesised that meteorites may well have “seeded” life on Earth by bringing such compounds with them.

The Murchison Meteorite: 1969-2019 stamp was designed, by Tim Hancock of Backpack Creative. The Murchison Meteorite: 1969-2019 sheetlet pack contains the sheetlet of 10 x $1 stamps from the stamp issue presented in high quality folder. The Murchison Meteorite: 1969-2019 maxicard is a *prepaid postcard with the $1 stamp affixed and postmarked on the view side.