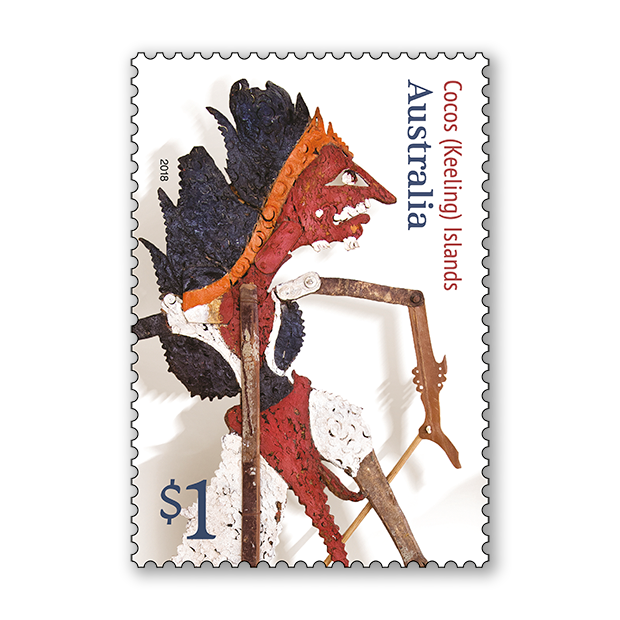 Situated in the Indian Ocean 2,768 kilometres north-west of Perth, Cocos (Keeling) Islands is a group of 27 islands in two atoll groups. Only two of the islands are permanently occupied: Home Island and West Island.

The Cocos Malay population, which lives almost exclusively on Home Island, dates back to 1826. This was when Englishman Alexander Hare and, then, Scotsman John Clunies-Ross brought indentured workers from the Malay and Indonesian archipelagos, Africa and Papua to the previously uninhabited islands. Over generations, the Cocos Malay people have developed their own unique and regionally specific culture based on the customs of their Malay ancestors combined with aspects of traditional Javanese culture, Islam and some European practices.

The labourers transported from Java from the 1860s brought with them their cultural tradition of shadow puppetry, or wayang kulit. Based in Indian Hindu tradition, wayang kulit, evidence suggests, has been practised in Java for centuries, at least since the 13th century. Most stories told through the exquisite art of shadow puppetry come from the two principal Indian epic texts, the Ramayana and the Mahabharata, particularly the latter, which contains hundreds of stories. The dalang (master puppeteer) will manipulate the puppets through lever-like sticks, usually attached to the puppets’ hands, with a ‘central stick’ holding the puppet upright behind the screen. The shadows of the puppets are cast onto a screen, where they play out scenes from the narrative.

Wayang kulit was practised in Cocos (Keeling) until the death of the local dalang, Nek Ichang, in 1949. The dalang’s skills were not passed to the next generation of Cocos Malay, so the puppets no longer perform. There is still a connection with this Javanese cultural tradition, however, as the puppets are housed in the Pulu Cocos Museum.

The puppets featured on the stamps form part of the collection of the Pulu Cocos Museum (opened 1987), where they have been housed since the shire had them restored. The puppets, of which there are a significant number, are made from hardened buffalo hide that has been painted. Like all shadow puppets, they are much stylised representations of the human form, with often-extreme expressions and features.