Cows have right of way on Norfolk Island roads, rather than cars. While cattle grids exist to prevent cattle from accessing the main street and shopping centre, it is not uncommon to find them roaming free along Norfolk Island’s inland roads.

When Norfolk Island was a British penal colony (first in 1788 and then in 1825), the English authorities brought English cattle breeds to the island. When the penal settlements closed, the existing government-owned cattle were left behind for the new settlers, who arrived from Pitcairn Island in 1856. Various efforts were made to prevent the cattle from becoming inbred, including the importation of a blue-coloured Angus-Aberdeen bull. Over time, the resulting cattle began to throw a grey-blue colour. The Norfolk Blue, the island’s own unique breed, is mid-sized, with a pleasant temperament, and has a blue or blue and white coat, the white helping to keep the animals cool in hot weather.

This stamp design features a Norfolk Blue bull, against a backdrop of Norfolk Island Pines. The photograph is by Jodie Williams, courtesy of Robyn Menghetti.

This stamp design features a Norfolk Island cow and calf, grazing. The photograph is by Steve Daggar.

This set of stamps contains the two stamps from the Norfolk Island: Norfolk Blue stamp issue. 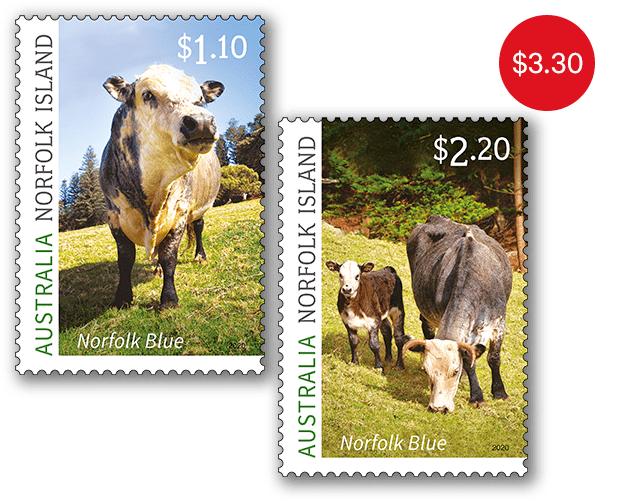 The Norfolk Island: Norfolk Blue minisheet consists of the two stamps from the issue incorporated into a miniature stamp sheet. 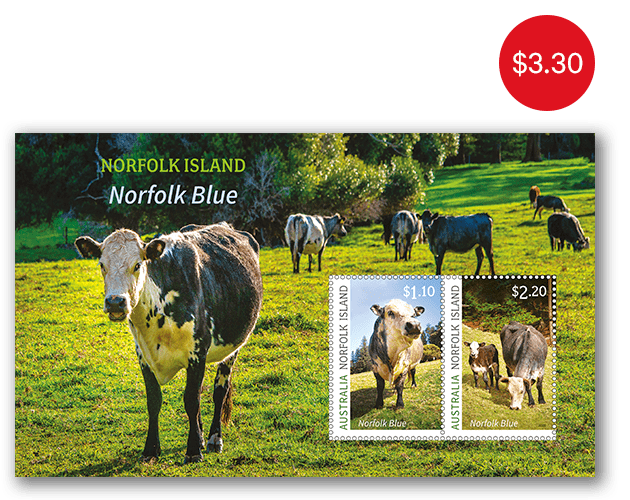 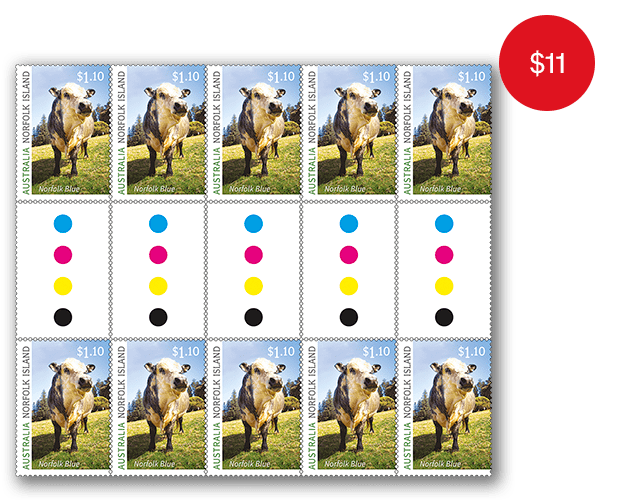