Owls: Guardians of the Night 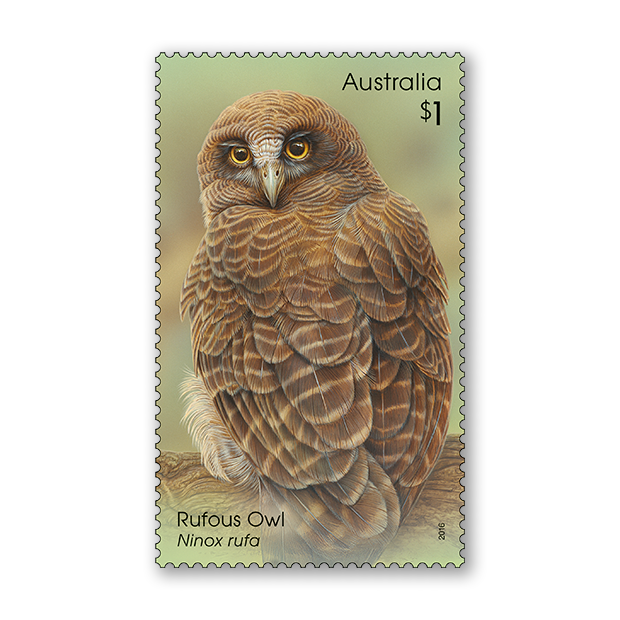 Nine owl species are found in Australia, falling into two genera: Tyto (masked and barn owls) and Ninox (hawk-owls and boobooks). While they are known for their “hoot”, owls actually have a far greater vocal range. They are stealthy nocturnal hunters, most active at dawn and dusk, and they are for the most part solitary or pairing birds.

All owl species in Australia – indeed all raptors – are protected by legislation that was brought into effect in 1971. But this does not mean that they exist in great number. At a national level, Norfolk Island’s Boobook is considered “endangered” and the Christmas Island Hawk-Owl is “vulnerable”, while the Sooty, Rufous, Powerful and Masked Owls are all considered “rare”. At a state and territory level some species are listed at varying levels of risk, often more precarious than at a national level. For example, the Powerful Owl is listed as “threatened” in Victoria under the Flora & Fauna Guarantee Act 1988, “endangered” in South Australia under the National Parks and Wildlife Act 1972 and “vulnerable” in Queensland under the Nature Conservation Act 1988.

The main threat to owl populations is habitat loss and destruction, affecting not only sources of food but also nesting and roosting structures. Land management and conservation of significant tracts of bushland (such as national parks) are thus crucial to maintaining populations and ensuring species survival. Protective legislation thus requires commercial enterprises, such as forestry, take into account regulations that conserve habitat, such as old-growth forest particularly in moist gullies and near water sources, where species are will thrive through suitable habitat retention.

Prior to this latest issue, there have been 59 Australian and Australian Territories stamps featuring birds (including several colonial stamps between 1888 and 1912). Eight of these have featured (or sometimes just included) owls.

The Owls: Guardians of the Night stamp issue is available online from 5 July 2016, at participating Post Offices and via mail order on 1800 331 794, while stocks last.

The heavily built Sooty Owl is fairly large at 40–50 centimetres, the female being much larger than the male. Its huge dark eyes stare out from a distinctive dark facial disc, the feathers dark around the eyes and lightening towards the outer edge. Its massive legs are covered with pale feathers, and its powerful feet with their long talons are grey.

This very secretive bird maintains a territory of around 200–800 hectares, and is distributed along Australia’s eastern coast, from central Queensland into the south of Victoria. The Sooty Owl’s habitat is tall forest and densely vegetated gullies, including in coastal ranges. Hunting stealthily and low, it snatches its prey easily in the total darkness of night.

The Rufous Owl, of which there are three subspecies, is large at 45–55 centimetres. It often hunts sizable prey, including the Brush Turkey, Orange-footed Scrubfowl and Sugar Glider, though it will also take beetles. The two subspecies of north-eastern Australia have a darker face (mainly around the eyes) than that of the Kimberley; all three have a pale area at the base of the beak, between the eyes.The Rufous Owl’s habitat is dense, tall eucalypt rainforest, river-edge forest and mangrove areas. The sexes look similar, although the male is slightly larger.

The Eastern Grass Owl has long legs, sparsely feathered on the lower section, and a slender body, giving this 32–38-centimetre bird the appearance of being tall. Its legs are in fact are up to 15 per cent longer than those of other species. It hunts by flying slowly and low above the ground, dropping onto its unsuspecting prey.

It occupies territory across northern Australia into much of Queensland, as well as north-eastern New South Wales and north-eastern South Australia. The Eastern Grass Owl differs from other Australian owls not only due to its long legs, but also because it is the only ground-dweller; it happily occupies the dense groundcover of tall grasses in swampy and open areas. It spends much of its days in “squats” – cave-like hides that it builds in the grass.

At 25–35 centimetres, the Southern Boobook is the smallest of Australia’s owls. It is also one of the most abundant and widely spread (along with the Eastern Barn Owl), although it is not often seen. The Southern Boobook eats small birds and mammals, and many more invertebrates than any other owl. The lurida is smaller and darker than other subspecies – its head and upper parts dark red-brown and its eyepatches just a little darker. The distinctive X across its face is nevertheless still visible.

While it is widely distributed across Australia – adaptable to rainforest, woodland and grassland environments – the subspecies lurida is confined to around the Atherton Tablelands, in Queensland, where it inhabits dense rainforest.