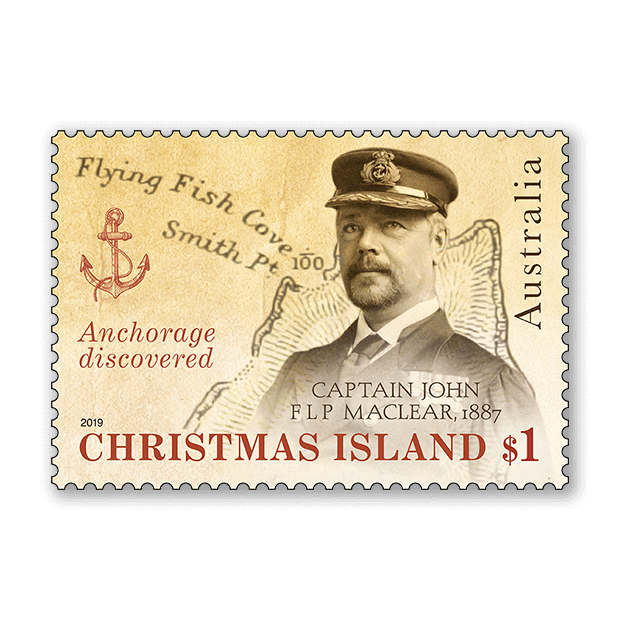 This stamp issue continues the story of early British exploration of the island, with a focus on expeditions of the 19th century. When naturalist and oceanographer John Murray collected mineral specimens from sea-beds near the Dutch East Indies (now Indonesia) during the Challenger expedition (1872–76), he predicted that phosphate deposits would be found in the area, which led to a renewed interest in British exploration of Christmas Island. Two key voyages led to the collection of almost pure phosphate of lime in the island’s rocky landscape. This valuable discovery led to the annexation of uninhabited Christmas Island by the British on 6 June 1888.

The stamp design combines a photographic portrait of each explorer with a chart in the background that focuses on a relevant area of the island for each expedition. The minisheet features an illustrative map of Christmas Island, published in 1902.

In January 1887, Captain John Fiot Lee Pearse Maclear, of the Royal Navy, discovered an anchorage in a bay at Christmas Island that he named "Flying Fish Cove", after his ship. His party made a small collection of the island’s flora and fauna, though it was water-damaged on the voyage home. The species of now-extinct Christmas Island rat, Rattus macleari was named after him.

At the end of September 1887, Captain Pelham Aldrich, also of the Royal Navy, visited Christmas Island, accompanied by naturalist Joseph Jackson Lister. Their party spent 10 days on the island, managing to penetrate further into the thick jungle than Maclear’s and successfully scaling the island’s tallest peak, later known as Murray Hill. Aldrich also named Egeria Point after his ship. Rock specimens collected and sent to Murray were found to contain almost pure phosphate of lime, just as Murray had predicted. At Murray’s urging, the British annexed Christmas Island in 1888.

This set of stamps contains the two stamps from the Christmas Island: 19th-Century Explorers stamp issue. 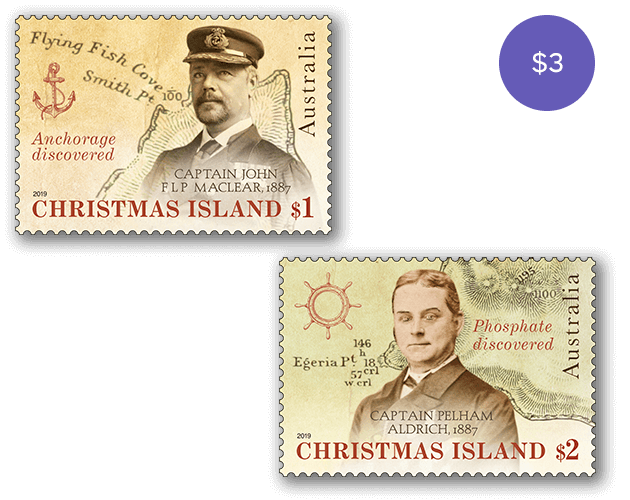 The Christmas Island: 19th-Century Explorers minisheet consists of the # stamps from the issue incorporated into a miniature stamp sheet. 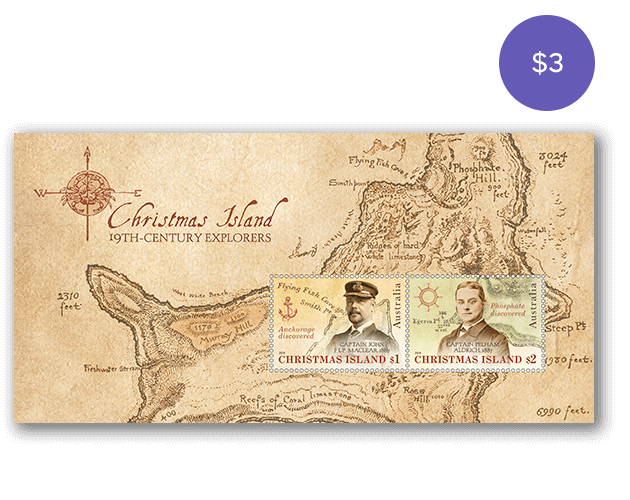 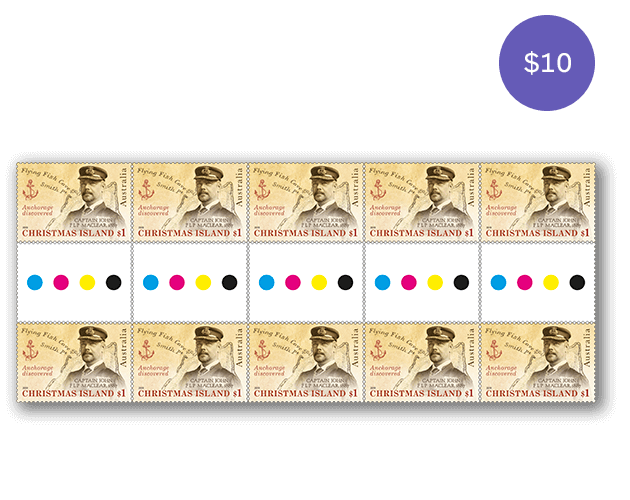 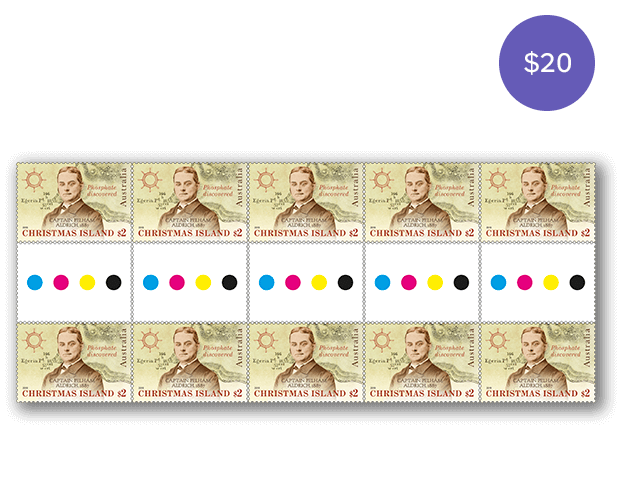