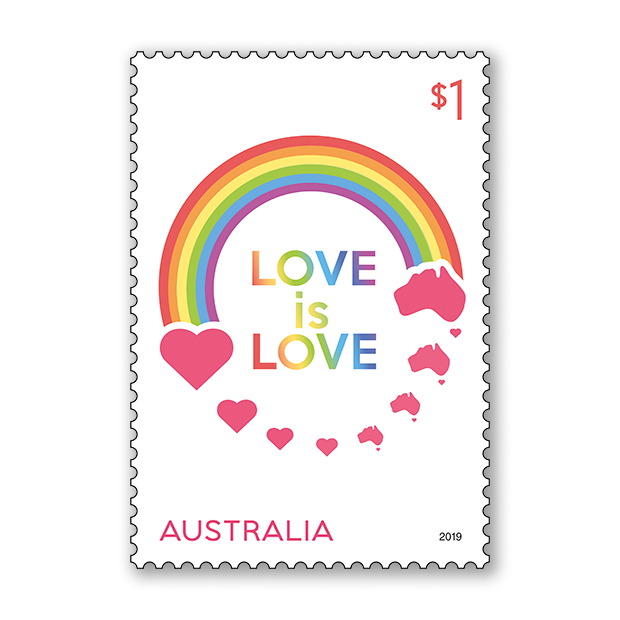 The legalisation of same-sex marriage followed a voluntary postal vote held between 12 September and 7 November 2017. The vote showed that Australians were adamantly in favour of same-sex marriage: 79.5 percent of Australian citizens aged over 18 voted, of which 61.6 per cent voted “Yes” to the question, "Should the law be changed to allow same-sex couples to marry?"

The first country in the world to recognise same-sex marriage was the Netherlands in 2001, followed by Belgium in 2003 and Spain and Canada in 2005. Australia was 25th of 28 countries that have introduced legislation for same-sex marriage to date.

The stamp designs, by Sharon Rodziewicz of the Australia Post Design Studio, use a bright and graphic style and incorporates a symbol of the LGBTIQ+ community, the rainbow. The Marriage Amendment (Definition and Religious Freedoms) Act 2017 amended The Marriage Act 1961, which now states that marriage is the “union of 2 people to the exclusion of all others, voluntarily entered into for life”. This effectively removes any discrimination that existed against same-sex couples in law. The act also recognises existing and future same-sex marriages occurring overseas under the law of a foreign country. This stamp represents the success of the “Yes” vote, as well as the happiness felt by those who fought for the introduction of marriage equality. The photograph is by Damian Shaw, City of Sydney.

This set of stamps contains the two stamps from the Marriage Equality stamp issue. 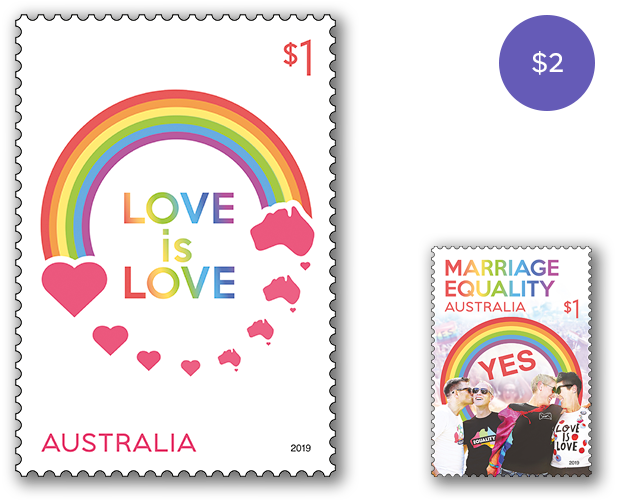 This maxicard set contains the two maxicards from the Marriage Equality stamp issue. 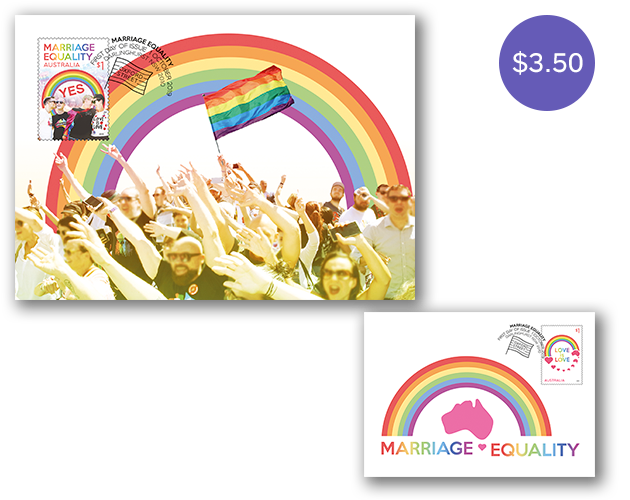 The gutter strip consists of 10 x $1 Love is Love stamps from the Marriage Equality stamp issue.