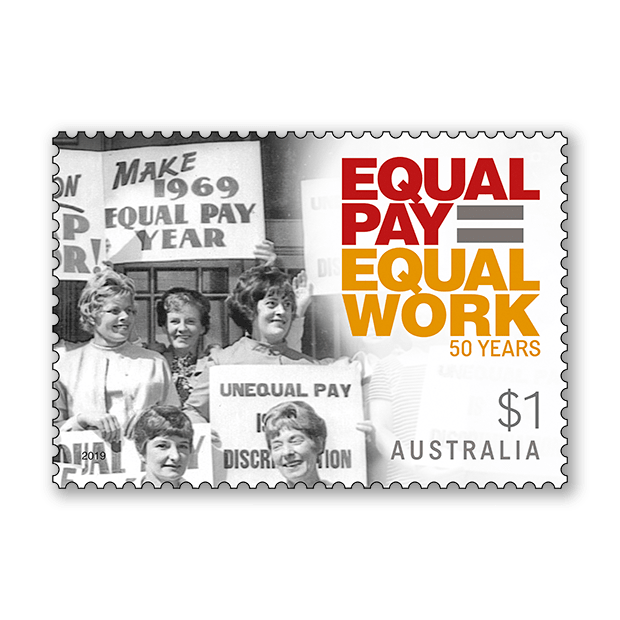 For decades Australian women workers fought to be paid the same rates as men. In 1969, the Australian Council of Trade Unions (ACTU) brought a case to the Commonwealth Conciliation and Arbitration Commission (CCAC) against the Meat and Allied Trades Federation (and others) arguing for “equal pay for equal work”. The ruling of the Commission established the general female award minimum wage at 85 per cent of the male wage. Where men performed work usually reserved for women, they were entitled to a higher wage. However, the ruling included the important principle that when women were engaged in the same work as men in traditional male roles they were entitled to equal remuneration.

However, by 1972 only 18 per cent of women workers, mostly teachers and nurses, received the benefit of the decision, having been assessed as performing work equal to that of a man. In 1972, the ACTU and the newly elected Whitlam Government lobbied the CCAC to re-evaluate the earlier decision granting equal pay to women only in those instances where they did exactly the same work as men. This second equal pay case established that women were awarded the same rate of pay as men regardless of the work, as long as it was assessed as comparable in value. The impact of the December 1972 judgement was widespread as potential wage increases covered an estimated 1.5 million out of a total female workforce of 1.795 million.

While the principle of equal pay for equal work has been enshrined in law for 50 years, in 2019 women are still fighting for equal pay for work of equal value. The Australian full-time gender pay gap currently sits at 14.1 per cent.

The stamp design features a graphic rendition of the slogan current at the time “Equal Pay for Equal Work”. The photograph, courtesy of The Age, shows women workers demonstrating during the 1969 Equal Pay Case outside Trades Hall, Carlton, Victoria.

The stamp design features a graphic rendition of the slogan current at the time “Equal Pay for Equal Work”. 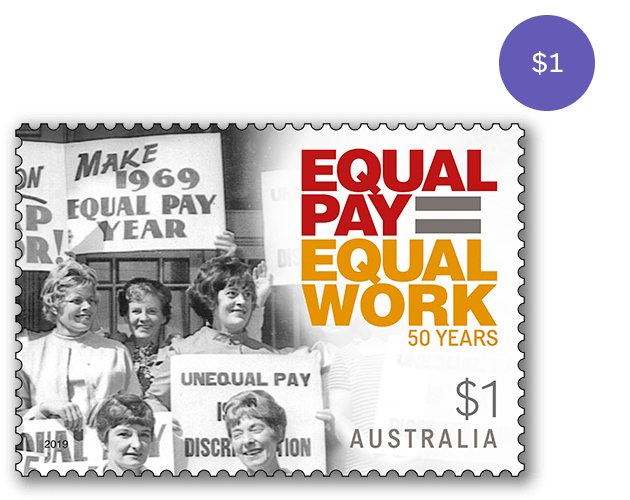 The Principle of Equal Pay: 50 Years sheetlet pack contains the sheetlet of 10 x $1 stamps from the stamp issue. 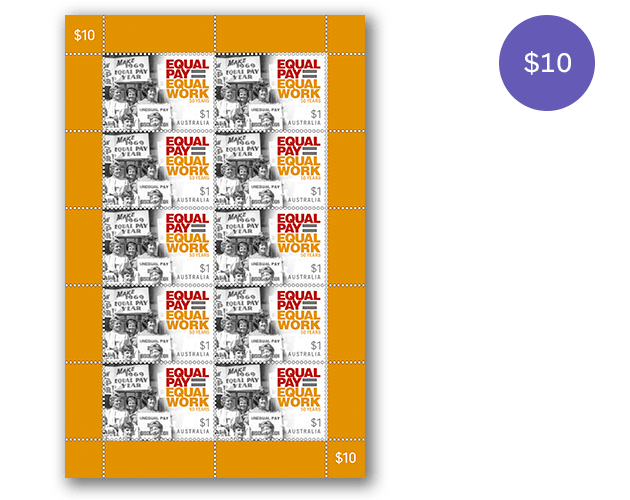 The Principle of Equal Pay: 50 Years maxicard is a *prepaid postcard with the gummed stamp affixed.