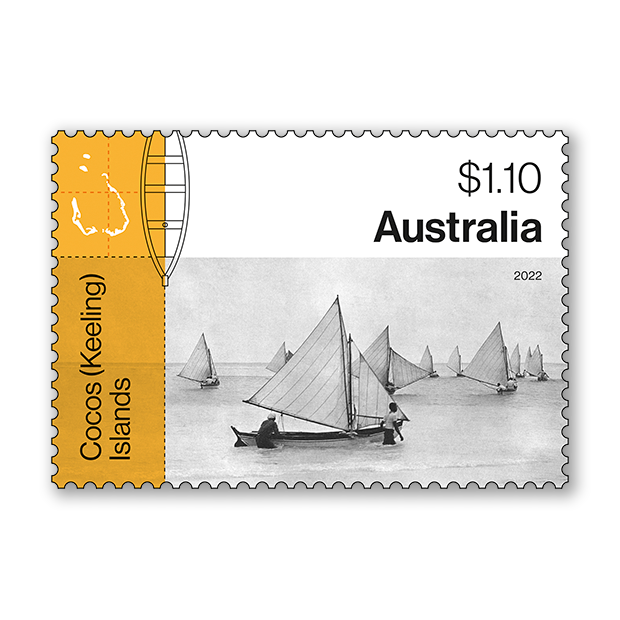 This stamp issue showcases the traditional wooden sailboats of Cocos (Keeling) Islands, known as jukongs (also spelt dukongs). These sailboats were used for fishing, transportation and moving coconuts and copra, the latter a major export industry for the island group.

By the early decades of the 20th century, possibly earlier, jukongs were also used recreationally for racing on the lagoon, a tradition continued today during the annual Hari Raya Puasa festival, marking the end of Ramadan, and on Self-determination Day.

The original vessels built on Cocos were likely modified whaleboats, adapted to meet local requirements and conditions and reflecting the Malay and Scottish origins of the population. Jukongs were built at three lengths, at 15, 17 and 19 feet (14.5, 5.1 and 5.8 metres), with a corresponding breadth of 41, 51 and 55 inches (104, 129 and 139 centimetres) and with near vertical straight or curved sides. These broad-bottomed sailboats had a shallow draught, allowing them to lean in the shallows yet remain stable in choppier waters. Traditional jukongs carried one mast with a mainsail and a jib sail, and were steered with a rudder and line.

The stamp shows jukongs during a social race on the lagoon of Cocos (Keeling) Islands, which sometimes occurred between Home Islanders and the telegraph staff based at the cable station on Direction Island. The stamp photographs are among those taken by engineer Eric E Story and his colleagues during their time on Cocos.

The stamp shows jukongs being loaded with copra (dried coconut kernels) for export. Copra was a key export until operations ceased in 1980; the first coconut oil was exported from the islands to England in 1829. 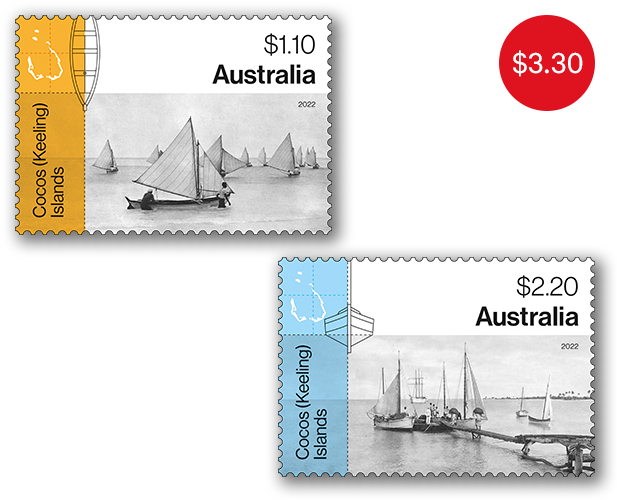 The Cocos (Keeling) Islands: Historical Jukongs minisheet consists of the two stamps from the issue incorporated into a miniature stamp sheet. 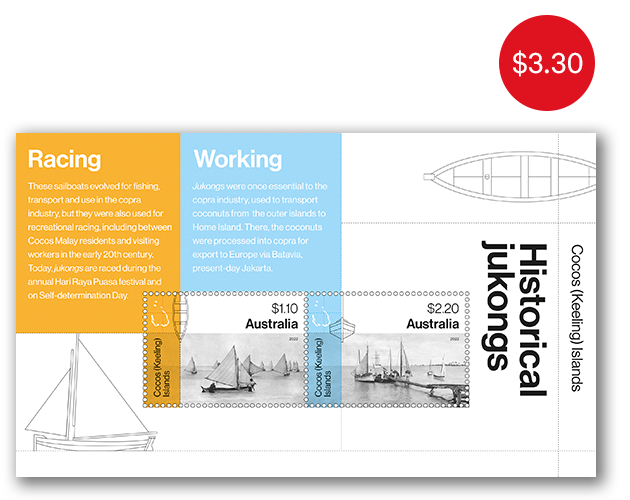 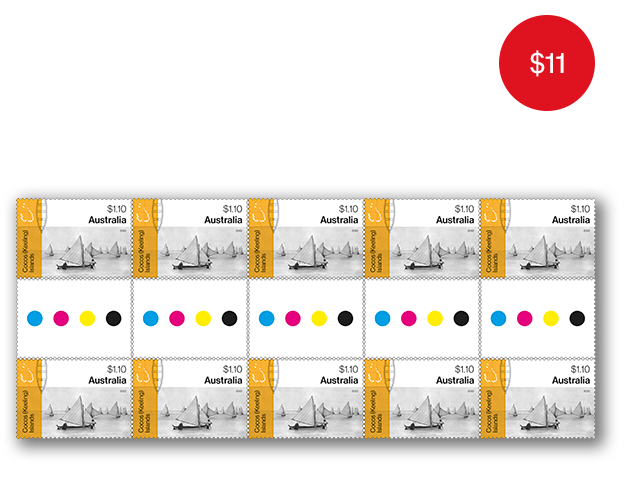 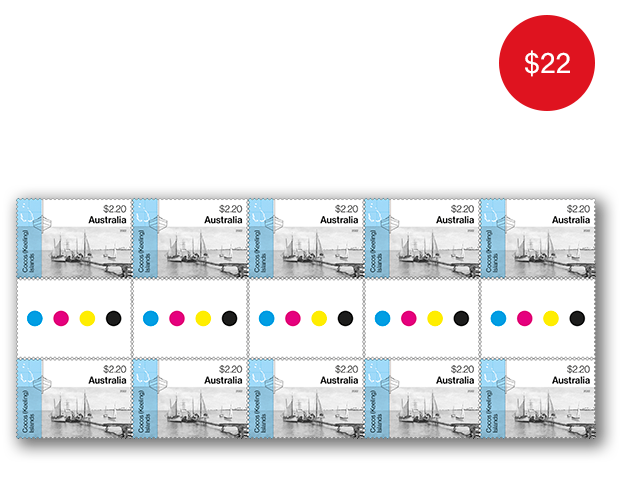