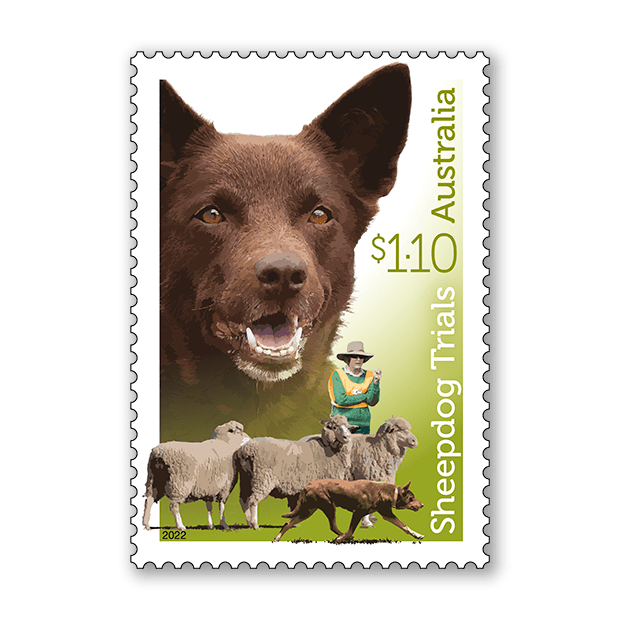 Although wool is no longer our major export, the country supports a population of around 64 million sheep and lambs, and is one of the highest wool, lamb and mutton producers in the world. Sheepdogs have long been integral to the management of flocks of sheep, gathering the sheep in large paddocks, binding the animals together by weaving side-to-side at their backs then driving the group forward. A single sheepdog can herd flocks of numerous unruly sheep. In Australia, sheepdogs are predominantly Kelpies or Border Collies, both exceptionally intelligent, agile, and obedient breeds, with great stamina for hard work, and they are among the 270,000 stock-herding dogs that contribute to the economy of rural Australia.

Sheepdog trials have been conducted in Australia for approximately 150 years. By the 1880s, sheepdog trials were becoming a popular sport at many agricultural shows across the nation. In the events of this competitive sport, one or two dogs move three to six sheep around a paddock, fences, gates, yards or enclosures according to a handler’s instructions. The dogs are judged on obedience and speed and the competitor is penalised if the sheep deviate from the prescribed course. Separating sheep is particularly difficult for the dogs, as herd animals naturally resist being split into groups.

Sheepdog trials are held in most states and territories and since 1943 the National Sheep Dog Trial Championships have been held annually in Canberra, with competitors and dogs from across the country competing for the coveted Duke of Gloucester Sash.

The Border Collie evolved on the Scottish border with England and was bred as a working dog in Australia in the early 20th century. The long, dense double coat is more commonly black-and-white, but other colours include blue-and-white and brown-and-white, the latter featured in this stamp design.

Kelpies are medium-sized dogs first bred near Casterton, Victoria, in the late 19th century, and named after a mythical Celtic water sprite. Their coat colours include black, red, blue and fawn and coat types can be short, smooth and rough. The working Kelpie, as distinct from the show Kelpie, is bred for working prowess rather than appearance. The working Kelpie shown on the stamp is a red or brown Kelpie.

Border Collies are noted for their intensity, zeal for work and low, creeping approach to the flock. The Australian Border Collie has been bred to suit the hot Australian climate, with a smoother coat than its northern relatives.

This set of stamps contains all three stamps from the Sheepdog Trials: 150 Years stamp issue. 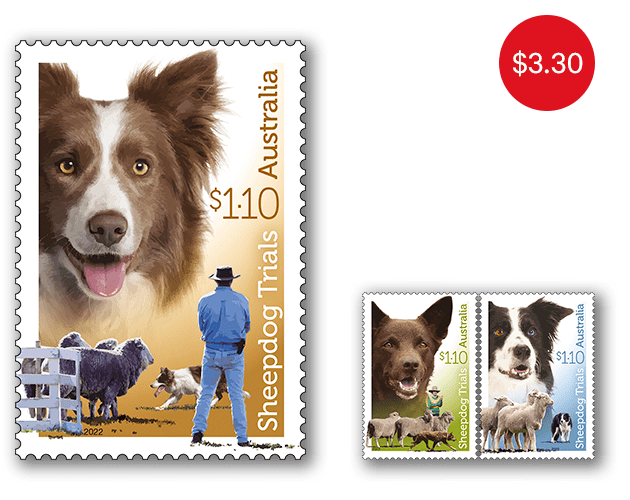 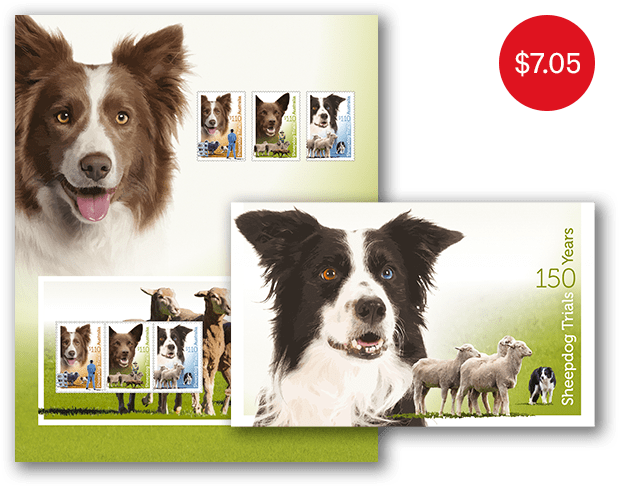 The Sheepdog Trials: 150 Years minisheet consists of the three stamps from the issue incorporated into a miniature stamp sheet. 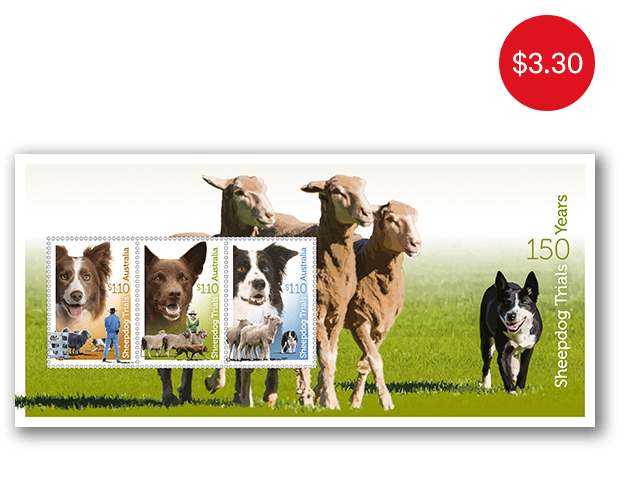 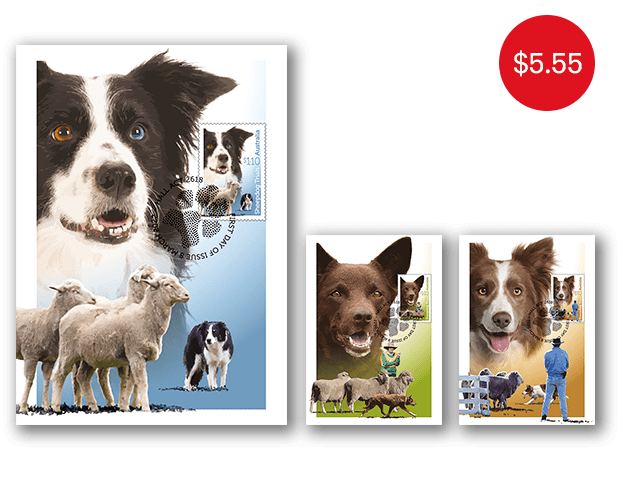