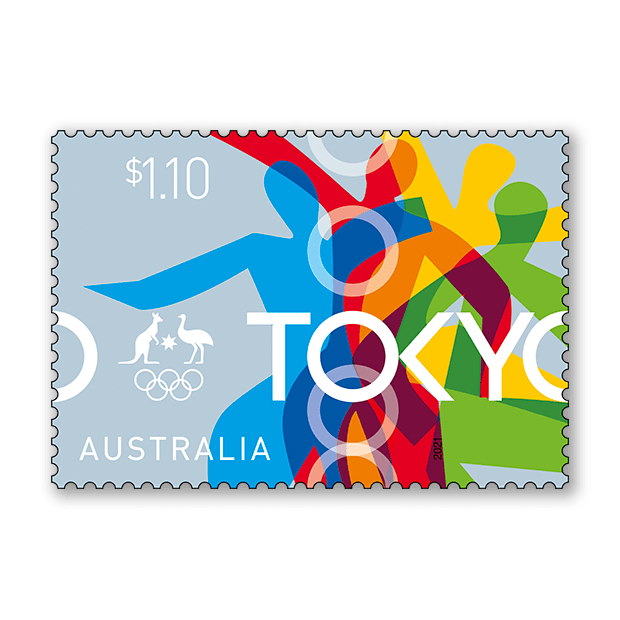 This stamp issue marks the countdown to the Games of the XXXII Olympiad, still known as Tokyo 2020, despite the event being delayed by 12 months due to the global pandemic.

Between 23 July and 8 August, the Games will unfold in sporting venues in and around Japan’s vibrant capital. This will be the second time Tokyo has hosted the Olympics, having previously welcomed Olympians and spectators from around the world to the Summer Games in 1964. Japan has also hosted the Winter Olympics twice in the past: in Sapporo in 1972 and in Nagano in 1998.

The Games will feature 339 events, in 33 sports that incorporate 50 disciplines. Approximately 12,000 athletes will compete, with the Australian team comprising around 470 of our most outstanding sportspeople. This year’s Olympics will be a very different global sports festival than we are accustomed to, including the absence of international spectators from the stands.

This stamp design reflects the aesthetic essence of host country Japan through its strong, clean graphic design. The four interlocking figures represent the spirit of Games through the energy and meeting of elite athletes, and the colours nod to that most recognisable of Olympic symbols – the five interlocking rings – also gestured at by the series of Os vertically bisecting the design.

The single Ticket to Tokyo $1.10 gummed stamp is designed by Joanna Cullen from Visua. The Ticket To Tokyo sheetlet pack contains the sheetlet of 10 x $1.10 stamps from the stamp issue presented in high quality folder. 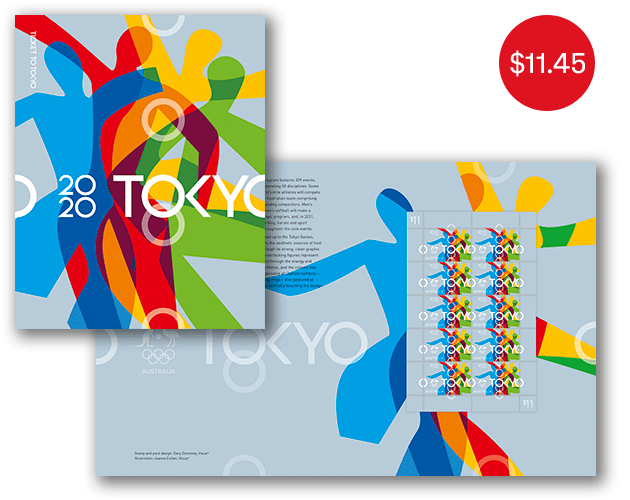 This gummed sheetlet contains 10 x $1.10 stamps from the Ticket To Tokyo stamp issue. The Ticket To Tokyo maxicard is a prepaid postcard with the single stamp affixed and postmarked on the view side. 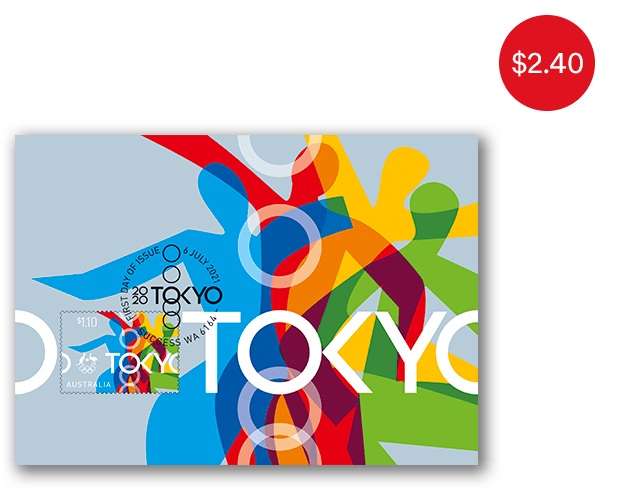