In Memoriam: HRH Prince Philip The Duke of Edinburgh 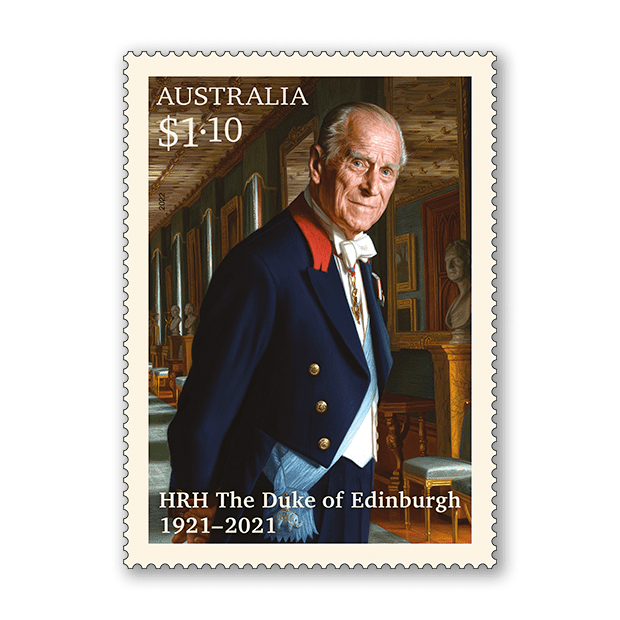 This stamp commemorates the life and service of His Royal Highness Prince Philip, the Duke of Edinburgh, who passed away at Windsor Castle on 9 April 2021. Born Philip, Prince of Greece and Denmark, on 10 June 1921, he was the son of the late Prince Andrew of Greece and Denmark (1882–1944) and Princess Alice (1885–1969).

The longest-serving consort of a reigning British monarch, Prince Philip attended an average of 350 official engagements a year (more than 22,000 solo engagements in total) before retiring from royal duties on 2 August 2017. He was engaged with many philanthropic causes and served as the international president of the WWF between 1981 and 1996. In 1956, he founded The Duke of Edinburgh Awards, which foster and reward youth achievement around the world.

Prince Philip made many official visits to Australia, both in the company of the Queen and as the royal representative. His first visit to Australia was prior to his marriage, as a midshipman on the HMS Ramillies in 1940; his first official visit was with the Queen in 1954 and his last in 2011.

The double-definitive sized stamp perforates out of a minisheet featuring a portrait by Australian-born, London-based artist Ralph Heimans (b. 1970), which is held by the Royal Collection Trust, England. The portrait was painted in 2017, the year the prince retired from his royal duties. The three-quarter oil-on-canvas portrait shows Prince Philip in the Grand Corridor at Windsor Castle. He is dressed formally in evening attire, wearing the sash of the Order of the Elephant, Denmark’s highest honour. He faces Laurits Regner Tuxen’s painting, The Family of Queen Victoria in 1887, a much-populated portrait that includes his mother and maternal grandmother.

he single In Memoriam: HRH Prince Philip $1.10 gummed stamp commemorates the life and service of His Royal Highness Prince Philip. 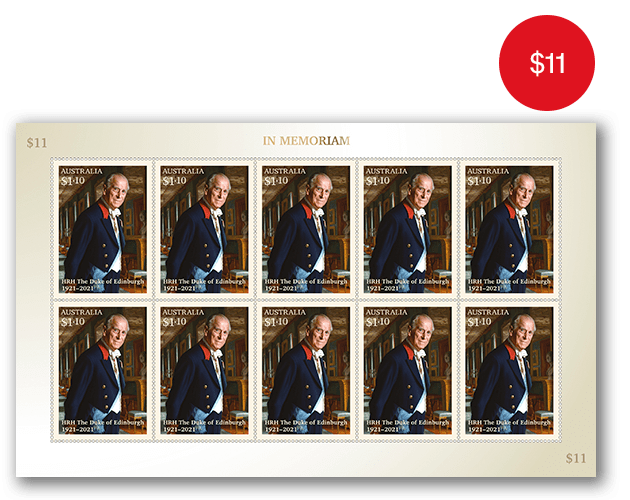 The In Memoriam: HRH Prince Philip minisheet consists of the single stamp from the issue incorporated into a miniature stamp sheet. 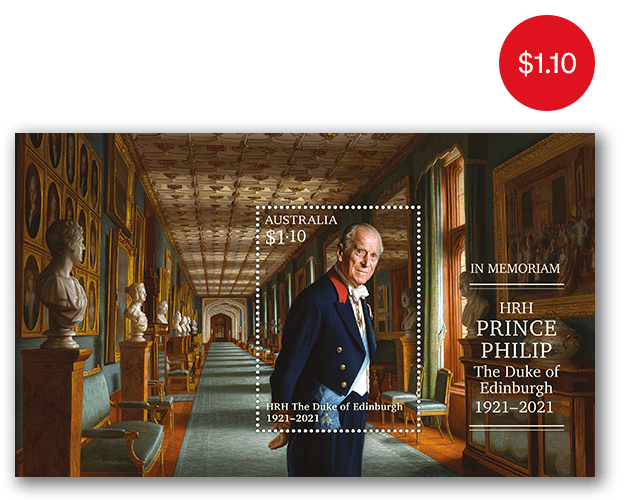 The In Memoriam: HRH Prince Philip maxicard is a prepaid postcard with the single stamp from the stamp issue affixed and postmarked on the view side. 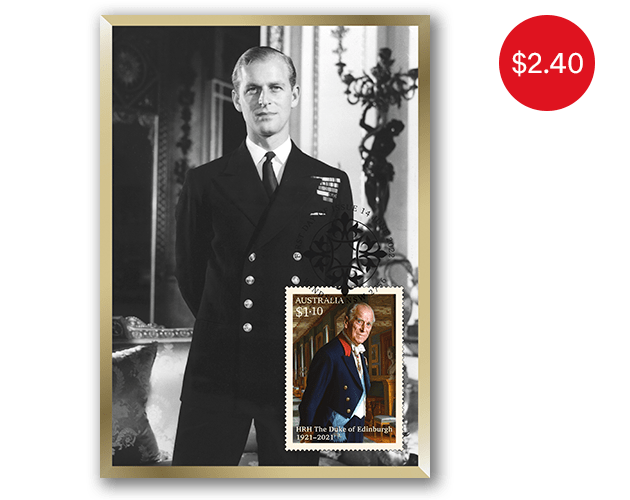